Fellow bicyclists came out to Porter Square in numbers last night to remember Dr. Bernard "Joe" Lavins Jr., 60, an avid bike commuter who was killed last Wednesday as he transited through that busy Cambridge intersection on his morning ride into work.

An estimated 100 participants sang songs, read poems and listened attentively to Reverend Laura Everett from the Massachusetts Council of Churches as she led the dedication of the Ghost Bike, the urban memorial marking the death or injury of a cyclist. 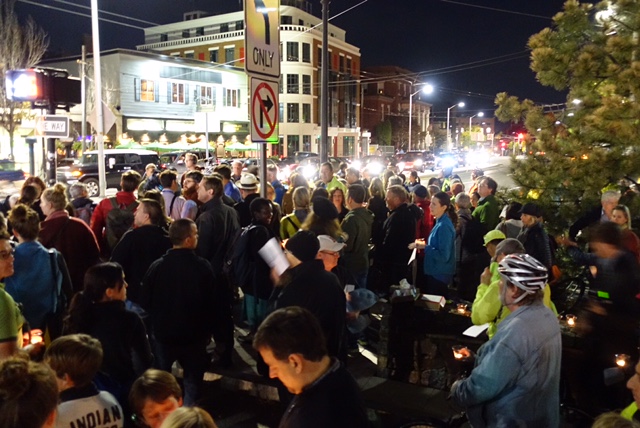 Friends and co-workers from Ironwood Pharmaceuticals where Joe worked joined riders who had never met the man as they stood silently on a brisk night reflecting on a life lived. Members of Cambridge police and elected officials were on hand as well. Colleagues remembered Joe as someone who didn't want to waste time in his car every morning, so two years ago he decided to ride in to work from his home in Lexington.

On October 5th, as Joe was pedaling through Porter Square, he was hit by an 18-wheel tractor trailer truck. Reports say he was rolled under the wheels and suffered extensive damage to his body. A police officer last night remarked that in 30 years on the job, he had never seen a bike accident this bad.  Unspoken but not unthought, many a rider considered their own fate. "There but for the grace of God go I," one said.

Joe Lavins leaves behind a wife and daughter. 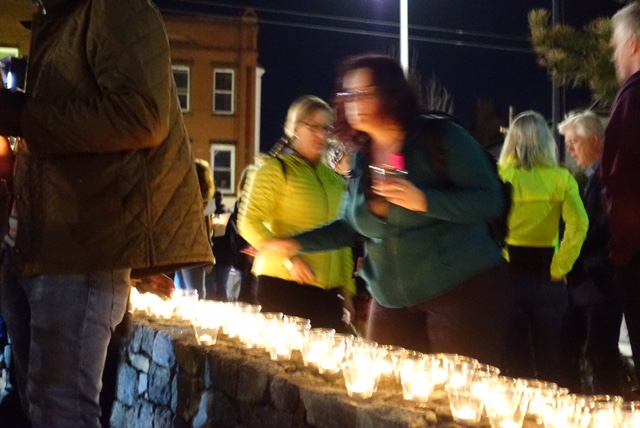 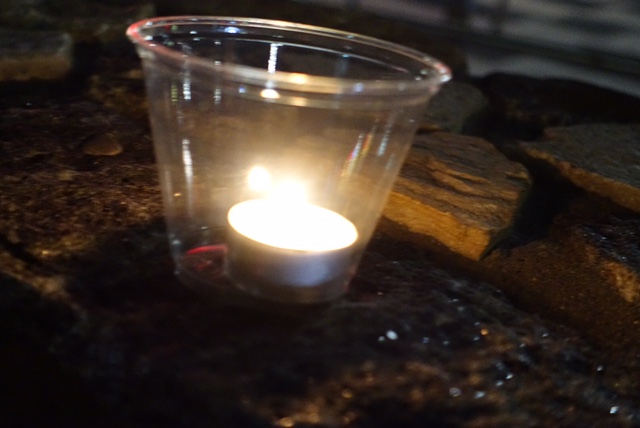 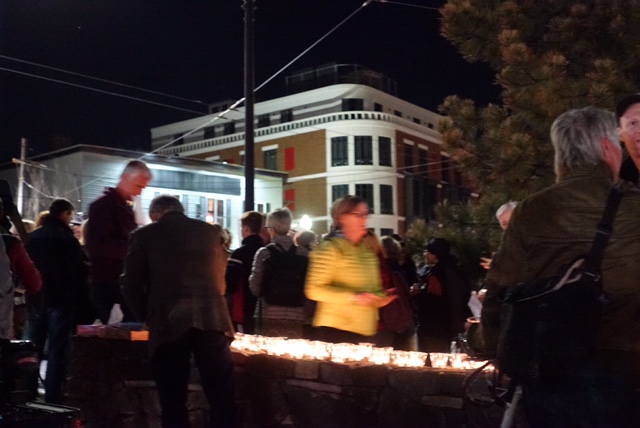 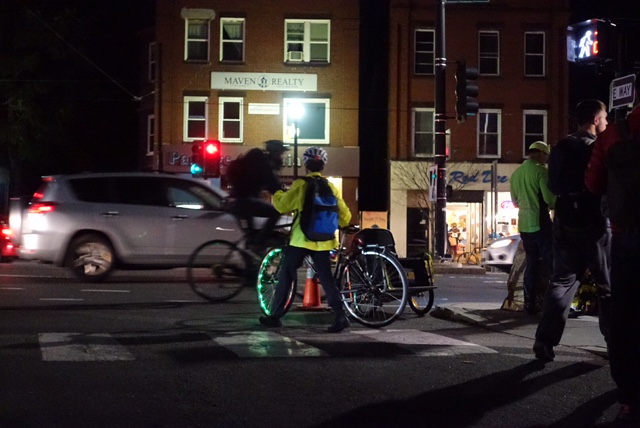 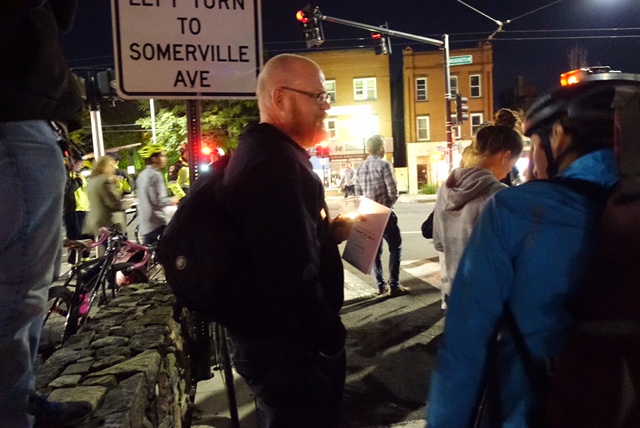 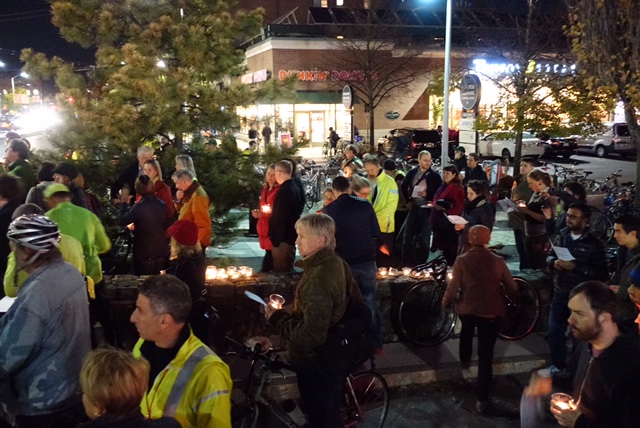 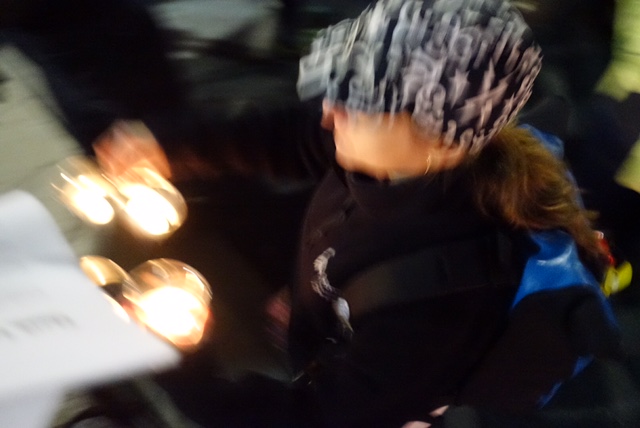 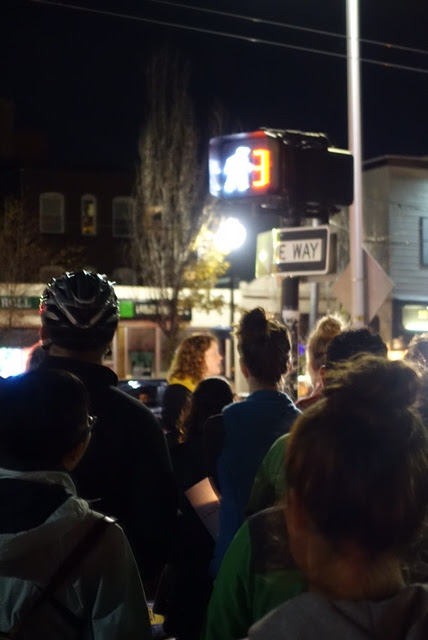 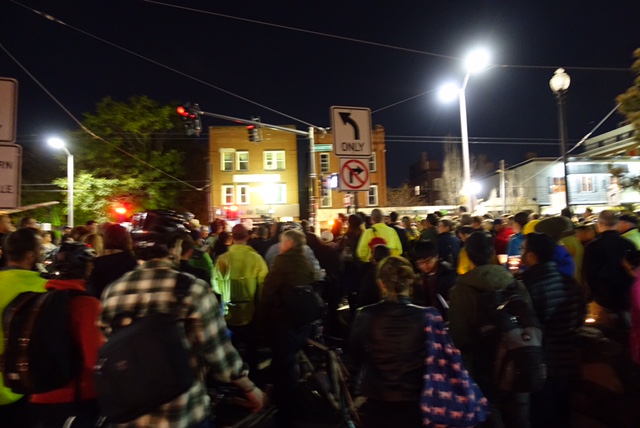 If you would like to learn more about efforts to make our streets safe, read about Vision Zero at visionzerocoalition.org. Transportation Alternatives, a New York based organization, is planning a conference on Vision Zero next year. Check back here for more information about that.
Newer Post Older Post Home