This is a story.  It involves this character: 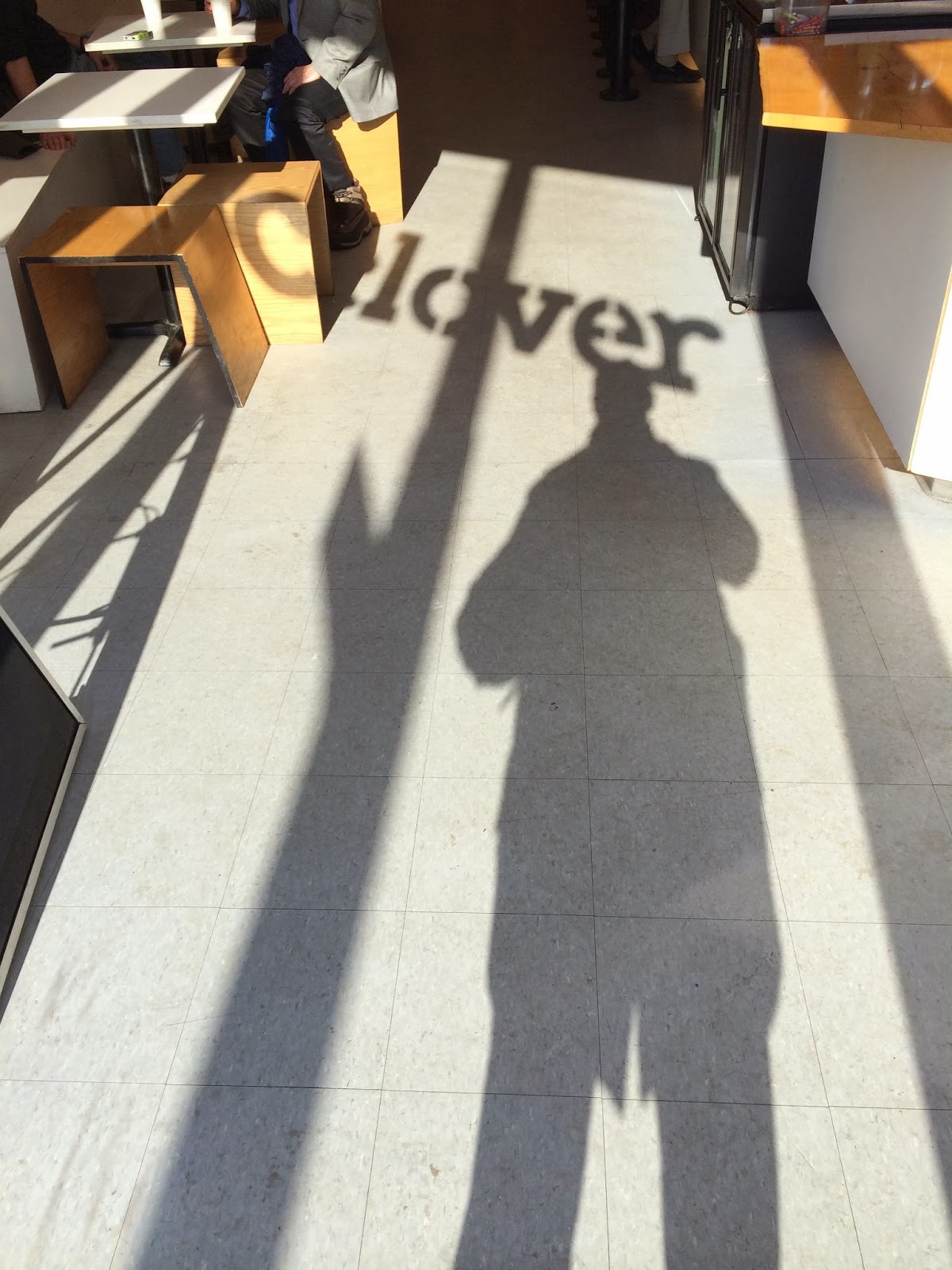 He lives near this store: 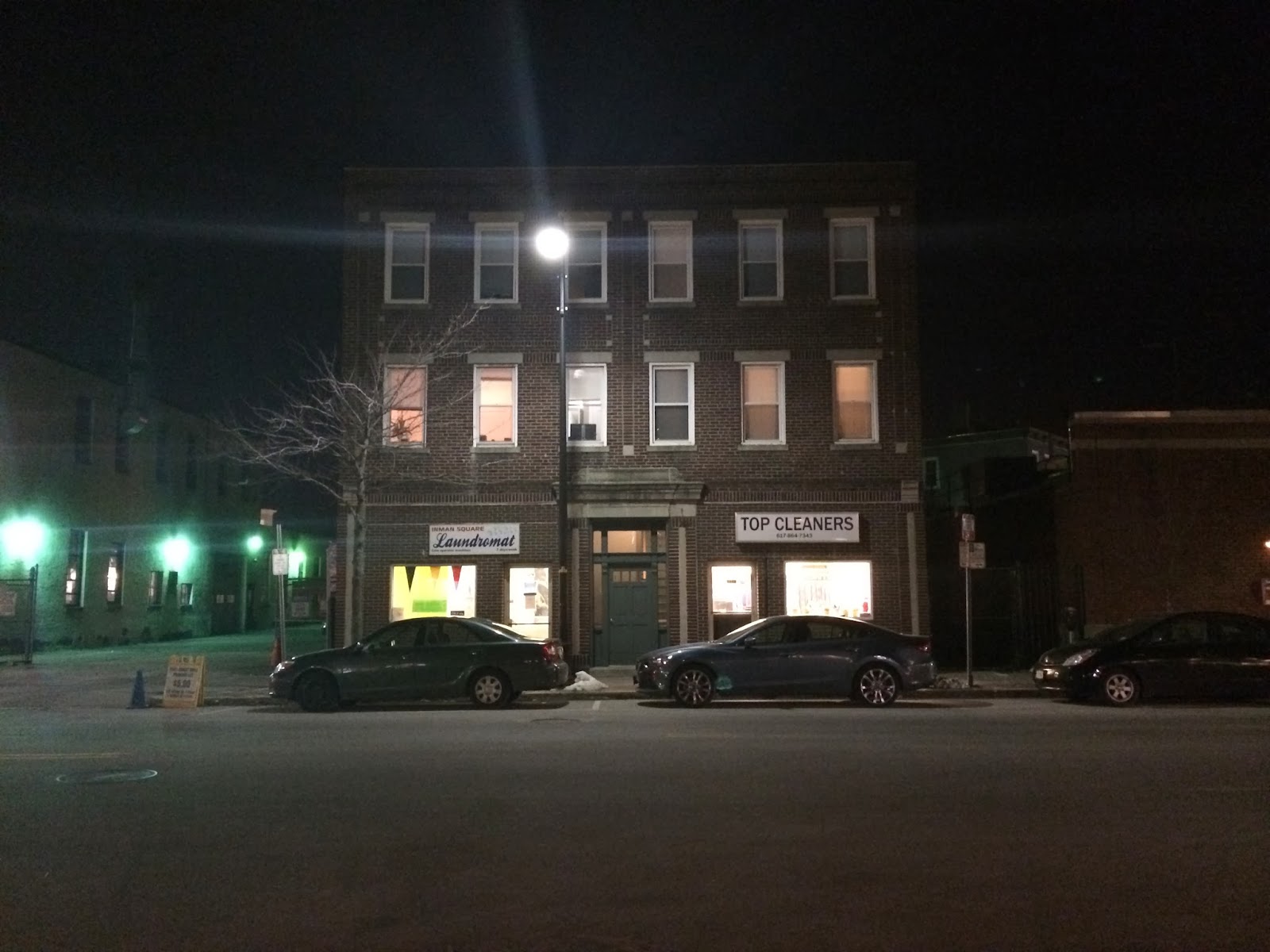 He once looked out a window, and saw that building: 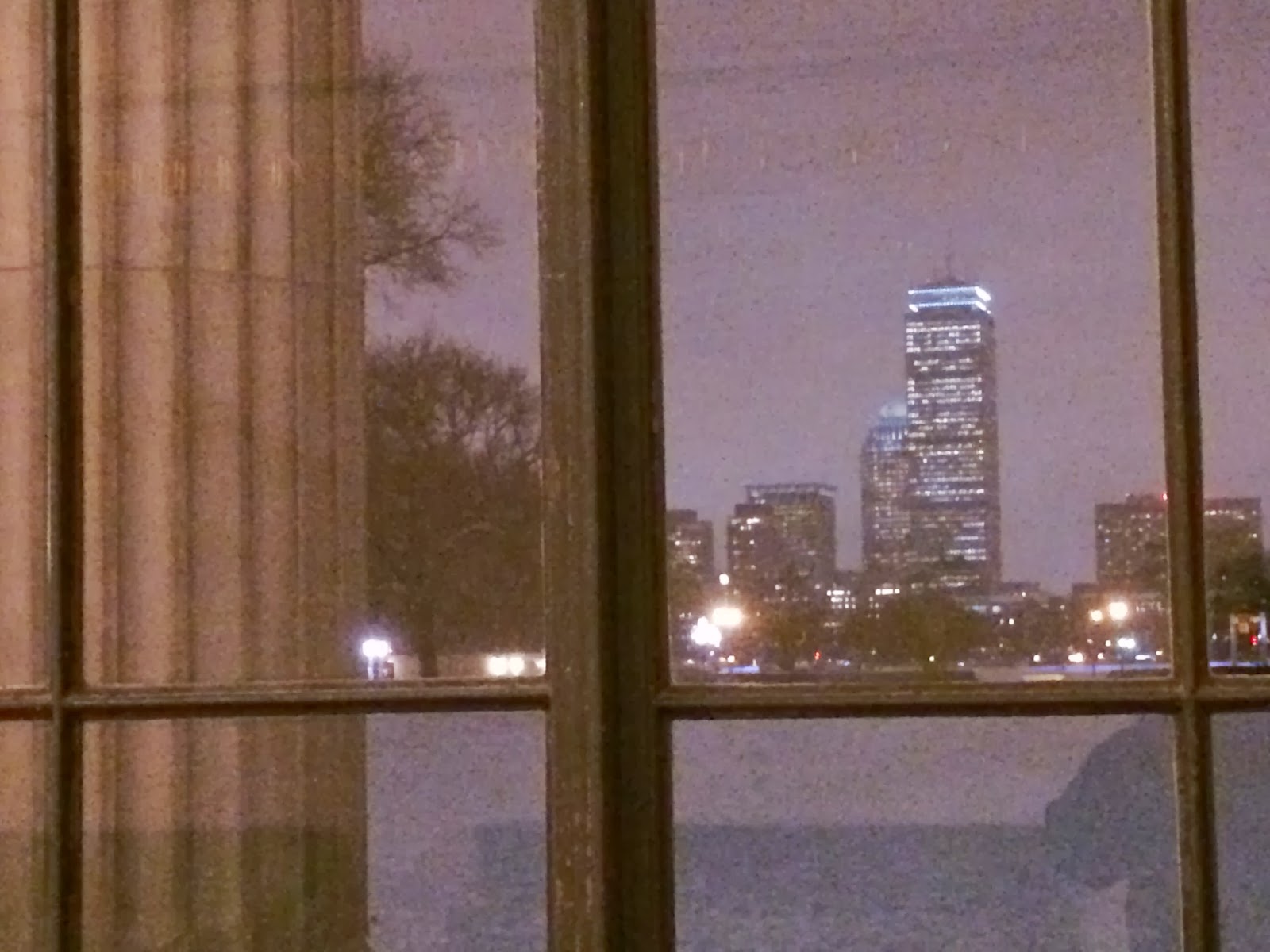 He went to the city where that building is.  It happens to be near the city he lives in: 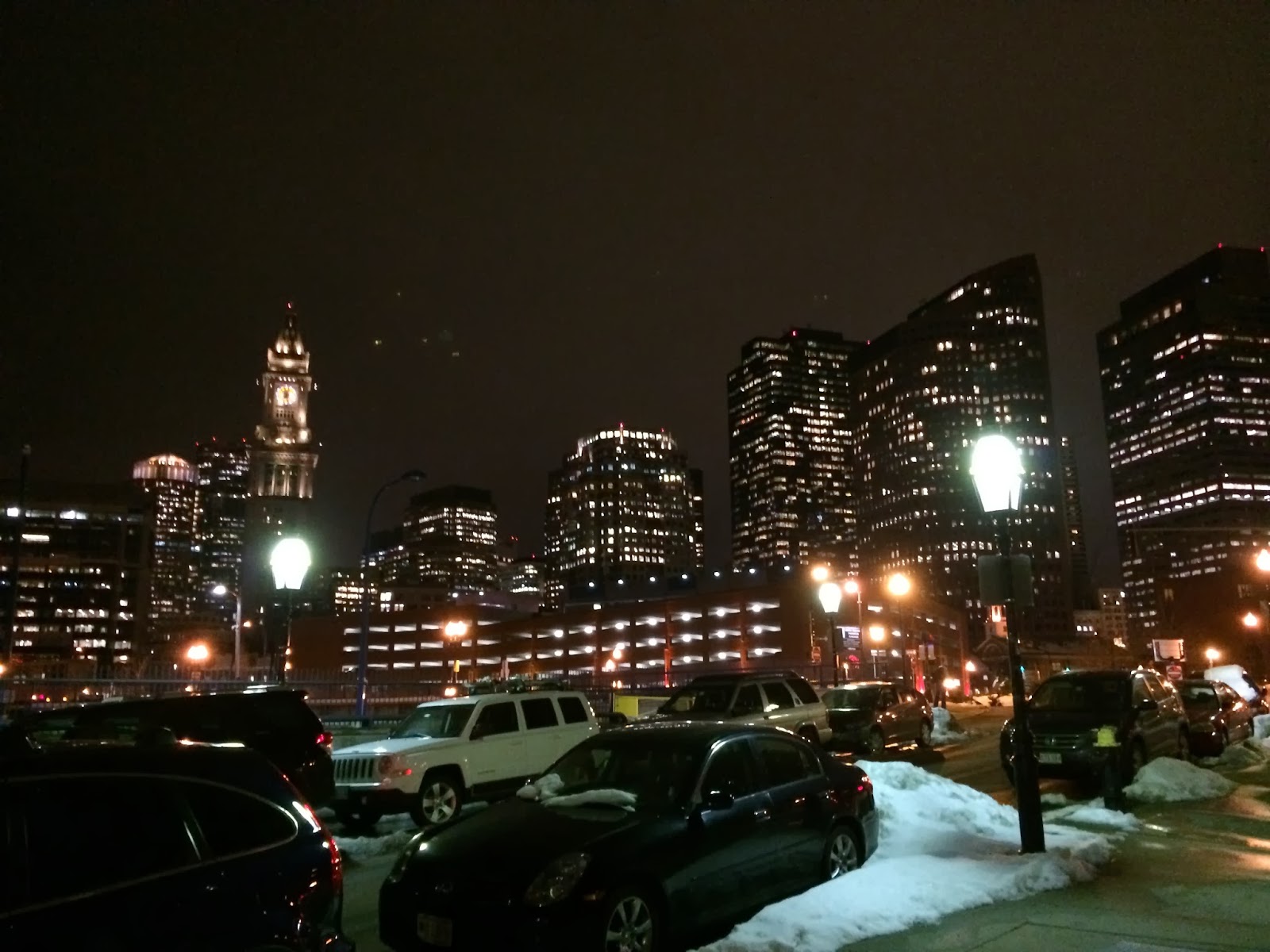 Then, one weekend, he got on a train to go to another city: 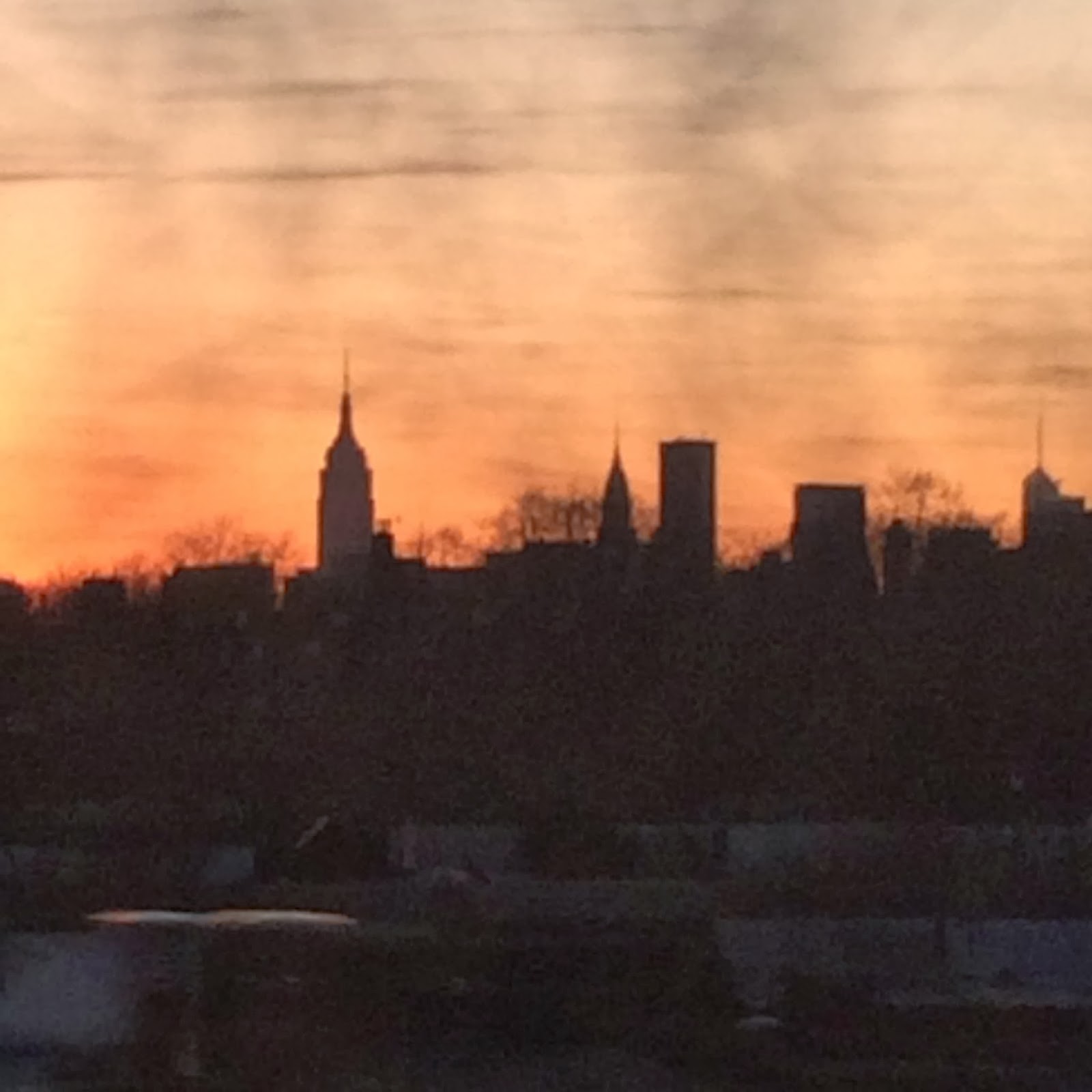 In that city, it was already night when he arrived, but he still could see, so he looked for a water tower: 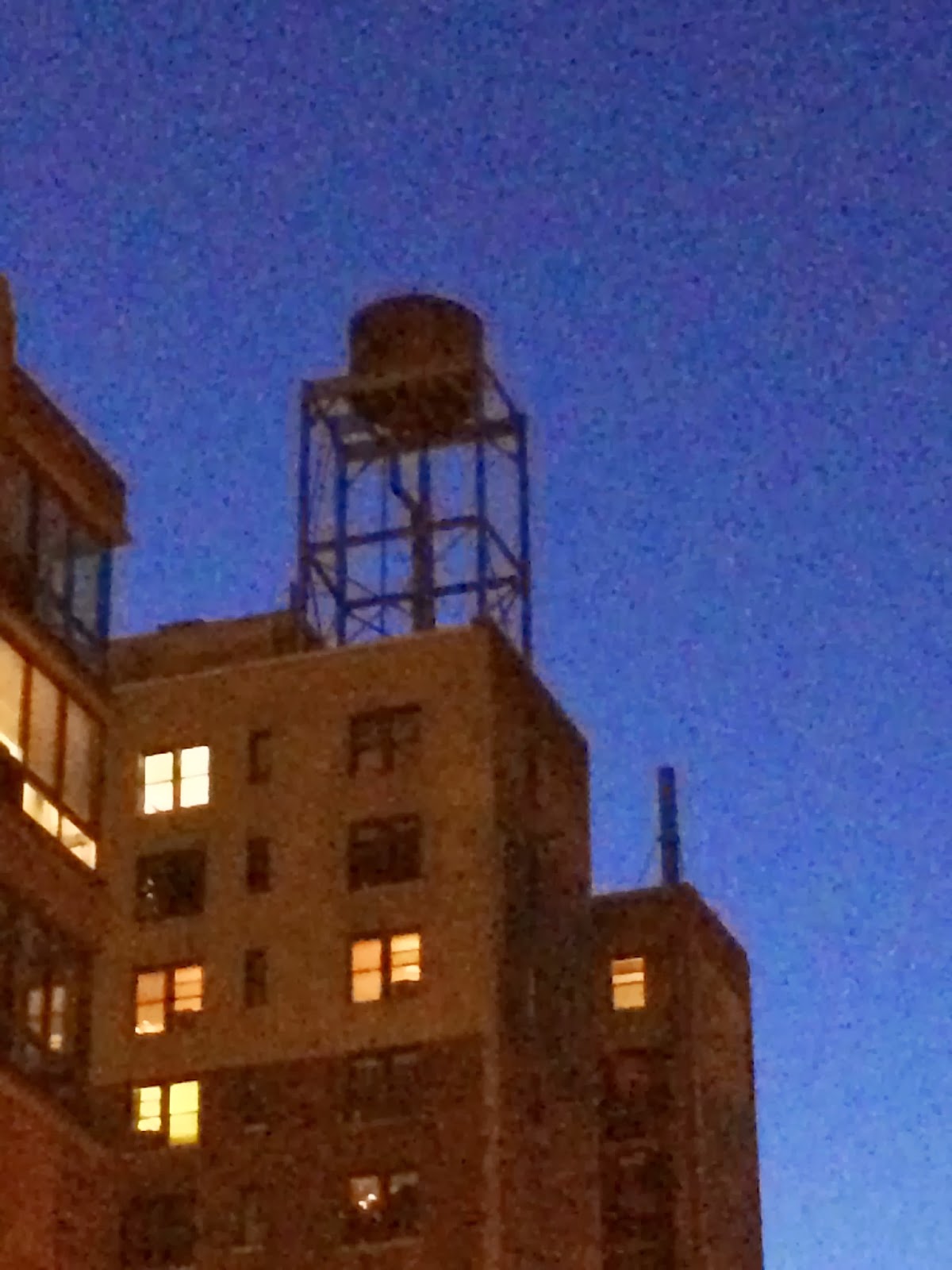 It's been quite a while since I've done a Friday Grab Bag, a time when the random tidbits of the week get collected into a burlap sack and then dumped unceremoniously onto the blog.

The first item I must share is this: an absolutely insane video from YouTube of two Russians climbing 650 meters into the sky at a construction site in Shanghai.  I can only say that I would have begged off this project at the base of the perimeter wall, at Floor Zero!

Switching gears back to the continental United States, the proposal for MIT to construct in Kendall Square continues.  At a recent public meeting, they showed three schemes.  This project is at such a scale, in the end we are really talking about city building.  A whole portion of Cambridge will be transformed by what ultimately comes out of this process, and while the deliberation is painstaking and arduous, it's going to improve the result.

Concerns about housing, or the lack thereof, were raised repeatedly in the  meeting.  While the underlying issue remains critical to Cambridge's future, I was more drawn to the urban-ness of the urban design ideas presented.  Of the three, one in particular stood out to me and I ruminated about it in a later exchange.  I share the text of my email because it outlines my thoughts about Kendall Square circa February, 2014:

My concern with wide open spaces is that too much expanse can easily become a lost landscape -- unusable, undesirable, unless the design is such that the pieces really hang together very well.  As you say, MIT has created a lot of these [unusable spaces] over the years.  Near Kendall Square this is even more true because wind is such a huge factor, starting as early as October and running through til May.  My purpose in highlighting the Koch building quad is that that is a 2011 building, and so should have had the benefit of all the latest thinking about integration and landscaping.

I really liked the scheme (B, I think) that generates its energy by running parallel to and behind Main Street, as opposed to trying to get that through a perpendicular intervention.  I grant you that in my mind, the street I'm envisioning is on European village shopping corridor scale, which is probably neither realistic, nor necessarily desirable.  But conceptually, this street could be an extension of 3rd Street, which I think is a much better urban precedent than anything on Main Street.

I also really like the idea that this space created behind Main Street is a place of real integration of city and campus.  [Fred] Salvucci said "Enough with the gates, already" and I really like that call to action.  Some 21st century examples of academia in urbanity can happen here, and that makes this an exciting opportunity (though it does raise Salvucci's other concern: the commercialization of the academic realm, a legitimate worry).

Anyway, my prejudice tells me that undoing some of the sterility of Kendall Square requires intimate place-making, not grand monumental place-making.  Since [there is] a blank slate to work with, it's interesting to think about the permutations.

And one other note -- this city is going through a massive demographic shift right now -- younger, wealthier, more education, entrepreneurial.  It strikes me every time I sit in a coffee shop.  To be honest I find it mind-boggling in its proportions and its implications.  New design is one area where we can both acknowledge these changes and respond to them, which is part of what makes [this] work so interesting.

Finally, last night I saw a film that was worth the trip through the mucky rain and snow -- Berlin: A Symphony of a Metropolis by Walter Ruttmann.

Released in 1927, the film takes as its subject and main character the city of Berlin.  It is a deserving one, and there, in front of us, one of the great cities of the world wakes with the rising sun to begin its quotidian saga.  The city is both an abstraction and a highly complex machine for living.  It is a place where people congregate to go about their daily lives and it's a place that demands order but breeds chaos.

A city is both space and rhythm, pattern and idiosyncrasy.  And Berlin, well, it's grand, it's beautiful, it's real, and it's strikingly modern.  High densities, highly articulated transportation system, ubiquity of groundfloor retail, active streetlife, a strong industrial base, every American city is trying to get these ... back.  And there it all is, in front of our eyes, in Berlin.

Ruttmann later worked for Leni Riefenstahl, and of course both of them saw this city on the Spree disappear some short 15 years later under a blanket of Allied bombs.  Cities, it would seem, have bodies, and souls too.

I'm not a gear-head.  Really.  The roar of an internal combustion engine doesn't quicken my pulse or dilate my eyeballs.  I'm not in need of that substitute for coffee? booze? sex?  Sure, cars are fun, and some are beautiful, but the need for power recedes as age proceeds, and besides, smart phones are actually cooler.

Nevertheless, a recent ride in a Tesla Model S did get my head to swivel a little.  The fully electric high-end sedan by the California-based car maker is nothing short of a revolution.  It's the advent of something new that is only just beginning.  As it turns out, we owe American ingenuity in this field to yet another first generation immigrant.

At times like these, I retreat to my iPad (don't they have interesting batteries too!) and look on YouTube.  There, I find comfort in videos where British gear-heads scream like children about cars.

As I watch, I conclude that being a journalist for the site "Autocar UK" has got to be one of the great jobs ever, presumably with a job description that reads something like: drive the world's most innovative, interesting and fastest cars and then talk into a video camera for ten minutes about the experience.  Well, Autocar's Steve Sutcliffe does just that about the Model S, and his verdict: "This is the future!"


Since these kinds of things can be addictive, I seek out more videos.  Former Autocar guy Chris Harris now has his own site where he does much the same thing as Sutcliffe, reviewing really fast, really exotic cars.  His site is called "Drive" and there, after a quick search, I find him in a very special car.  The car he's describing isn't just any old electric car.  It sits at the front edge of human terrestrial motion.  His review can properly be called "a rave" because raving actually describes what he's doing.

British race car driver Paul Drayson, also known as Lord Drayson, took a gas-powered Lola to LeMans and raced it.  He came in third.  He then stripped out all its combustion components and replaced them with electric motors and batteries.  The resulting car goes well in excess of 200 mph in a straight line and emits zero CO2.  It also doesn't make your eyeballs dilate.  At least that wasn't what Chris Harris noticed.  What Harris did notice, however, was that this car made his eyeballs bobble around in their sockets, so great was the speed he achieved on the test track -- which actually turned out to be an abandoned airstrip.  His verdict of this car: "It's the future!"

Like two pioneers into some unknown land, these two adventurers have traveled into the future, our future, and returned to tell us the tale.
Newer Posts Older Posts Home
Subscribe to: Posts (Atom)