Perhaps not a box score you'd want to see, but following an exchange over campaign finance filings between Tim Toomey and Nadeem Mazen at last night's A Better Cambridge candidates' forum, here's the record, courtesy of an attentive reader of the blog:

The OCPF reports for Nadeem Mazen and Tim Toomey, listing the number of times from January 2013 to September 2015 that each has been contacted by the state's Office of Campaign and Political Finance for reporting errors or irregularities.

[NOTE - An eagle-eye reader remarks that 36 is actually too low. The reader observes that 36 represents the number of separate entries on the OCPF sheet, but look more closely at the entries themselves and you find multiple reporting issues in some of them. That raises the count of campaign finance reporting errors/irregularities - you choose your word - to 44.] 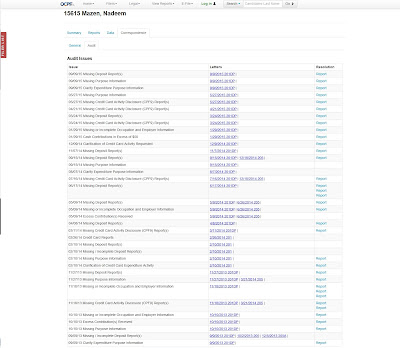 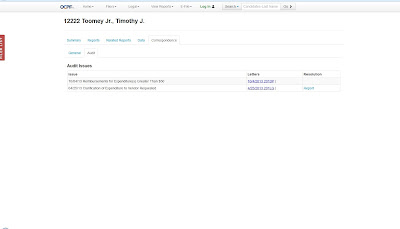