A lovely little car ... from the Netherlands?

Yes, there is a lovely little car from the Netherlands and it's called the Carice MK1, made by Carice Cars, the brainchild of a man named Richard Holleman.

It looks a lot like a Porsche 356 with simple, elegant lines and sloping curves and headlamps that look like eyes from some Japanese anime cartoon.

But instead of me trying to describe it, just take a look yourselves. Or should I say, feast your eyes? There's no way to describe it except as a beautiful little thing ... 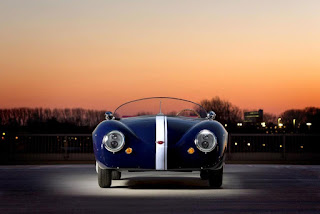 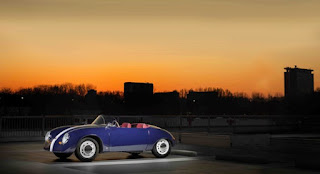 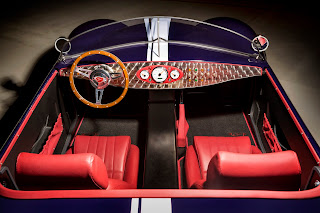 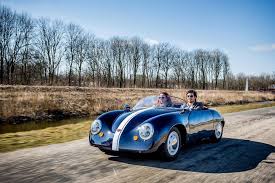 But, unlike the Porsche of yesteryear, this car is very 21st century in this way -- it runs almost entirely on electricity.

That should make it a hit with next-gen drivers as our economy and particularly our auto industry weans itself off fossil fuels.

With a permanently open top and small range, it only makes sense in warmer weather and sunshine. Its niche lies in weekend pleasure driving and showing off around town.  Without the deep bass engine rumble to announce itself, this little beauty will undoubtedly be an eye-catcher nonetheless.

Weighing in at only 350kg, NOTHING by car standards, it isn't high powered or a grand tourer. But most of us don't need that at all. Especially when we're out there to have fun.  It does has a range extender, which Carice describes this way: "This allows our customers to drive 90% of its rides fully electric. For longer journeys or a day of touring, the Range Extender comes in. The Range Extender can be very quiet or made a little louder so the engine sound makes a contribution to the driving pleasure."

I hope Carice brings some to the U.S. and I hope we get a chance to view them on the road.

Like with so much else these days, it's refreshing to see innovation, creativity and sheer bravery in the auto industry.  A century ago, still in its infancy, madmen and pioneering spirits alike were willing to try something new on a whim or an idea. Those days abandoned us in the middle part of the last century as consolidation and mechanization rationalized the business.  But we are seeing the return of such a spirit a century later, as new individuals and manufacturers and technologies and new requirements reimagine one of the greatest human inventions with an eye towards today's needs and tomorrow's constraints.
Newer Post Older Post Home