This can never be a good split-screen ... 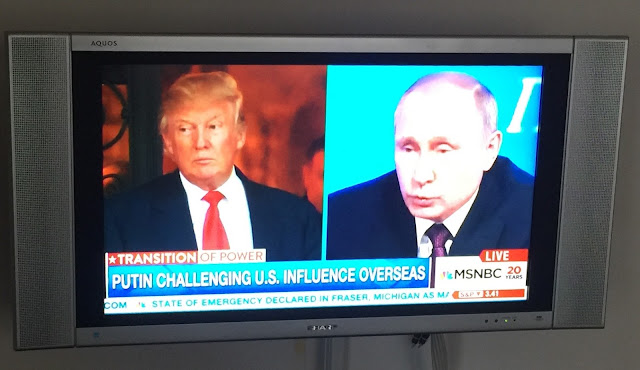 [John Le Carre, I'm thinking of writing a fake news story that outlines how Donald Trump and Vladimir Putin worked out a secret pact during the 2016 US presidential campaign. In exchange for cyber hacks of the Democratic National Committee and other opponents, every voting American male from the age of 18 to 45 becomes eligible to be drafted into the Russian army. Men from areas with the strongest Trump support will be the first to be considered. Also, John, what's a good title for a novel where the United States elects a Russian dupe as its chief executive?]
Newer Post Older Post Home