Generation Citizen storms the State House on behalf of Civics

The Massachusetts State House filled with middle and high school students who braved the frigid cold to talk civics this morning. They were there to showcase projects they had prepared for Generation Citizen's annual Civics Day.


Civics Day is Generation Citizen's yearly event bringing students from Boston-area schools to Beacon Hill to grapple publicly with an important issue in their community. Topics range from gun violence to gender equality to opioid addiction, just to name a few. It's up to the students to assess and analyze the issue, but they can't stop there. 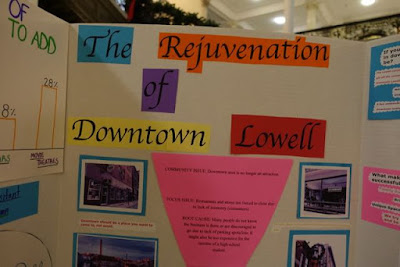 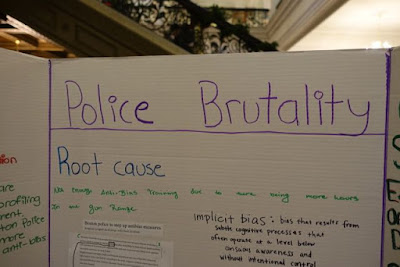 They must come up with a game plan about how it might be addressed. That answer must involve civic action, whether that's reaching out to their local elected officials or surveying members of their school or supporting a piece of legislation. Then, they take all this research and turn it into a project to present at the State House in December. Judges are on hand to offer feedback.

Though Generation Citizen has done this event for a few years now, the context of this year's gathering was ever more weighty after the very divisive national election of 2016. This corrosive tone of presidential politics was noted by GC co-founder Scott Warren in his remarks and was echoed by Boston team leader Gillian Pressman in hers. One of the goals of Generation Citizen is to battle against the cynicism and disenchantment many feel about participating in the political process.

Generation Citizen is a non profit whose mission is "to ensure that every student in the United States receives an effective action civics education" with the goal that they will participate in our democracy as active citizens. Today's event was keynoted by Boston City Councillor Andrea Campbell.