Over the weekend, there was a massive fire in the Wellington-Harrington neighborhood of Cambridge. The 10-alarm blaze was described by Cambridge's fire chief as similar to a land wild fire, jumping quickly from house to house with whole structures engulfed in flames in under 5 minutes. The devastation was massive and the impacts on individuals and families are too. Many are now homeless, and some have lost everything. The mayor of Cambridge has established a special fund to help those impacted. You can donate to it by clicking here.

As it turns out, on Saturday, I was in Wellington-Harrington with my friend Quinton a few hours after the fire started because he and I had just returned from picking up his brand new Chevy Volt from Quirk Chevrolet in Braintree (watch for a video to come in the upcoming days). His street, Cardinal Medeiros, was blocked off to through-traffic and jammed with fire trucks. Smoke billowed from buildings only 1 block away and police were working hard to keep people out of the area.

Of the many extraordinary feats of human effort that night, I couldn't help but notice the mutual aid. Mutual aid is a system by which surrounding communities send fire equipment to a scene when the need arises. It is a very old system in Massachusetts, dating back to the middle of the 19th century. It protects any one community from getting overwhelmed in a devastating fire situation. A 10-alarm fire is the highest category of alarm and very rare, and it signifies that any neighboring community with fire equipment available needs to send it. Seventeen communities responded to Saturday's fire in Cambridge. Impressive display of mutual support.

The next morning, I returned to the area to see the devastation, and it was heart-wrenching, and massive. 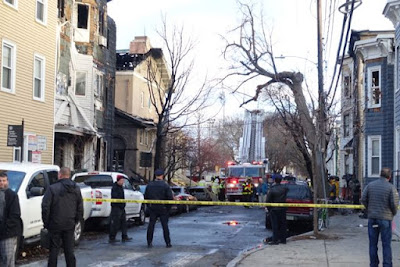 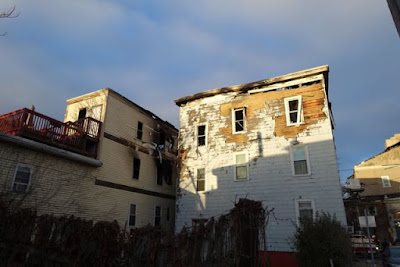 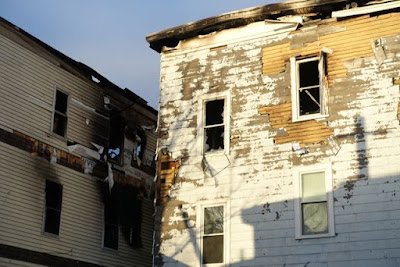 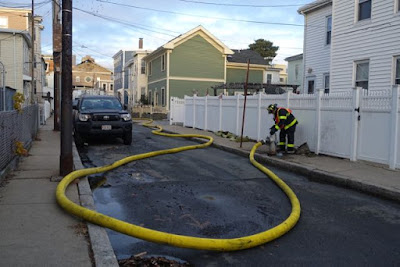 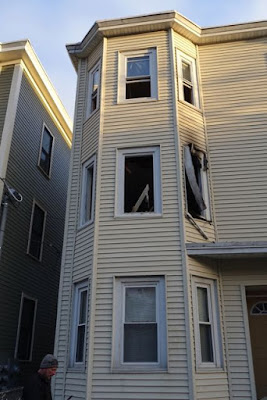 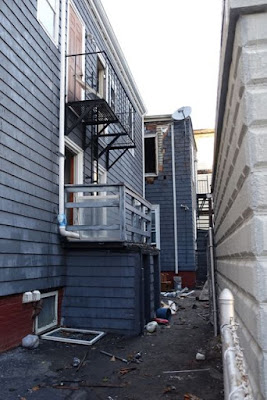 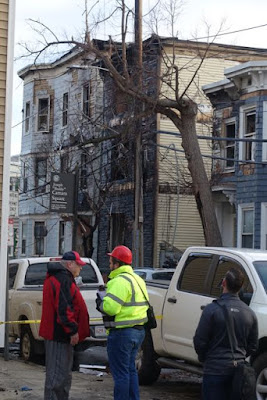 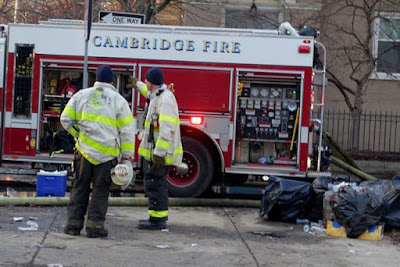 After walking around the neighborhood and amongst the destruction, I paused to take a photo of me and my dog. A moment of self-reflection is always a good thing. This photo will form the basis of tomorrow's blog post.