Friday Grab Bag: DePasquale gets the nod in Cambridge; Innovation in cities; Hillary gets the nod nationally; Giulia

Louie dePasquale named as Cambridge's next city manager
Congratulations to Louie dePasquale who was named as Cambridge's next city manager in a 9-0 vote by the Cambridge City Council last night. In the end, the drama had largely dried up after Jay Ash withdrew his name from contention before the vote. Common knowledge said Ash didn't have the votes, and it was better to leave on your own two feet than be shown the door. That left DePasquale and Paul Fetherston from North Carolina to battle for the spot. That wasn't going to be a contest, particularly as Fetherston's star was descendant as people looked into his background a little more. The Council made the wise choice. The Council made the only choice.

Louie is Cambridge born-and-raised, with a long career in City Hall, most recently as the Assistant City Manager for Finance. He is attentive to the concerns of the citizens of the city he has known so well for so long, and his connection to families and neighborhoods extends beyond his day job. He's been a prime mover in youth baseball for decades and it is just one of the ways he's given back to his community. We are happy for Louie. 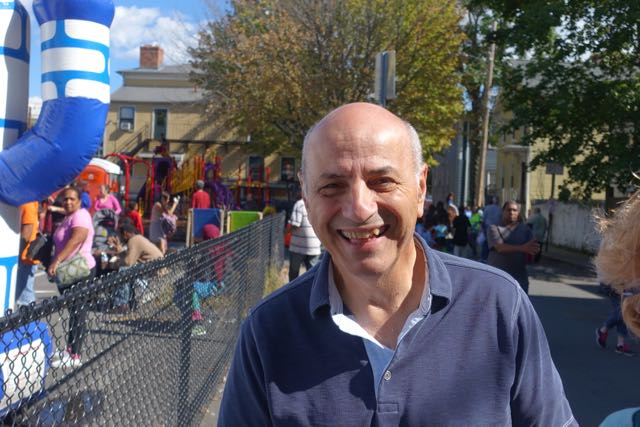 We are curious as to how the Council will handle the city manager's salary, an issue of perennial concern, given that Cambridge chief executive makes $330,000, over twice the amount that the governor makes and only $70,000 less than the president of the United States makes. The Cambridge salary number needs to come down, and it's up to the Council to reset the scales on that, which they do in the negotiations.

The other question is, "How long does Louie want the job?" The Council has had the chance twice in the last few years to pick a manager, and in both instances, they have chosen to promote from within, and in both cases, they have gotten quality individuals, first Rich Rossi and now Louie DePasquale. Eventually, this trend will end, and the Council will have to look outside the pool of applicants who cut their municipal teeth under the leadership of former manager Bob Healy. Bob arrived in Cambridge as manager in 1981. If Louie stays for five years, that will represent a run of 40 years under the same team. No matter how you feel about Cambridge, and I am a strong supporter of all that has been accomplished here, 40 years is a long time.

A conference on Innovation and the City
Earlier this week, some very knowledgable people came together to look at innovation in the city in a two-day conference held at the Microsoft NERD Center in Cambridge. There is much to say about this conference and the topics they addressed -- cities and service provision, cities and procurement, cities and innovation and borders, the just city -- and I hope to write more about it in the future.

I will bombastically say that Uber and AirBnB are the archetypal disruptions that this part of the 21st century is bringing us. At least that is what I gather from the number of times they were brought up -- Uber particularly -- as examples of the changes underway.

That observation prompted this thought: cities (or more accurately, governments) are in the business of delivering services and there are all kinds of metrics that can be applied to those and all kinds of ways that disruptive technologies can change the playing field and improve outcomes. But cities are also in the business of balancing interests, and in that task, there are fewer applicable technologies. 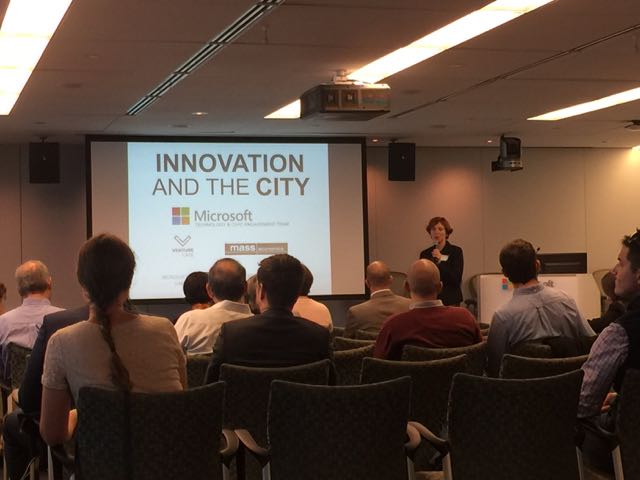 The Alfa Giulia comes to Massachusetts and it is beautiful
Alfa Romeo has every reason to crow about its new car, the Giulia. The elegant lines and powerful engine of this new arrival to U.S. shores will certainly turn heads and impress the motoring public. Of course, because it is an Italian car, there are no details about when it will finally arrive for sale or even how much it will cost. Nevermind, Herb Chambers got its hands on one and I went out to Worcester to take a look at it. The car in the showroom was so prized that they wouldn't even allow you to sit in it. But the demand is there. Apparently ten customers put deposits down and they will wait with eager excitement til November at least, when the first units show up. It's a lovely thing to look at. 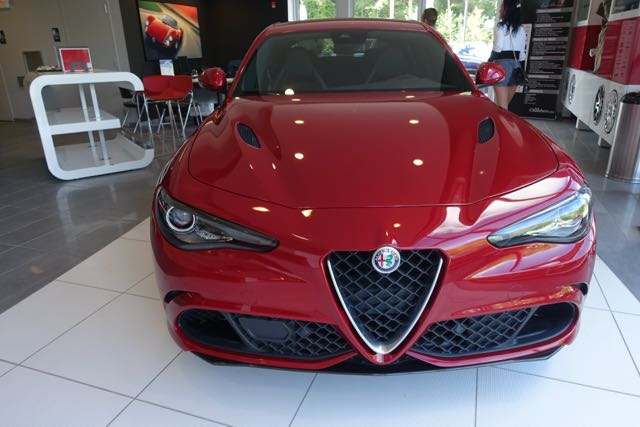 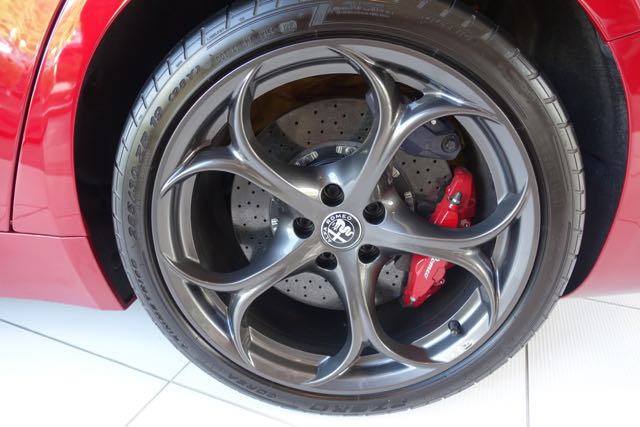 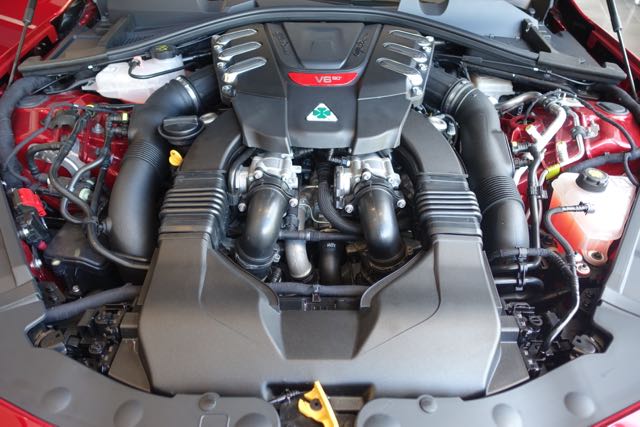 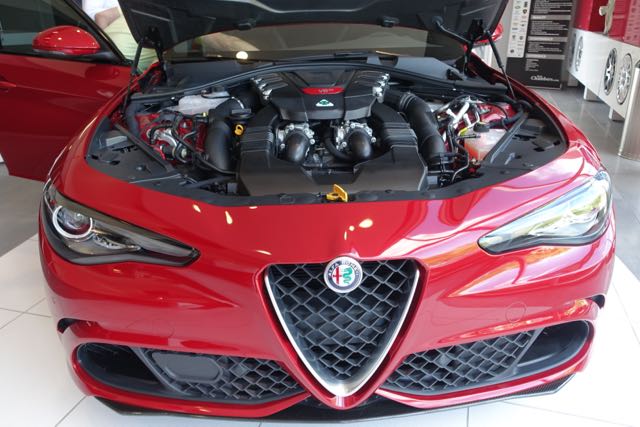 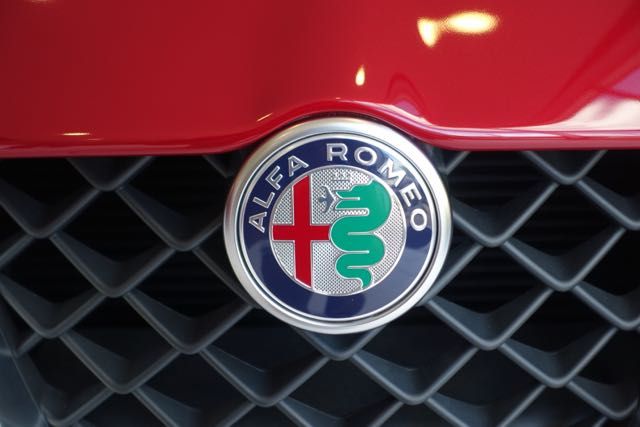 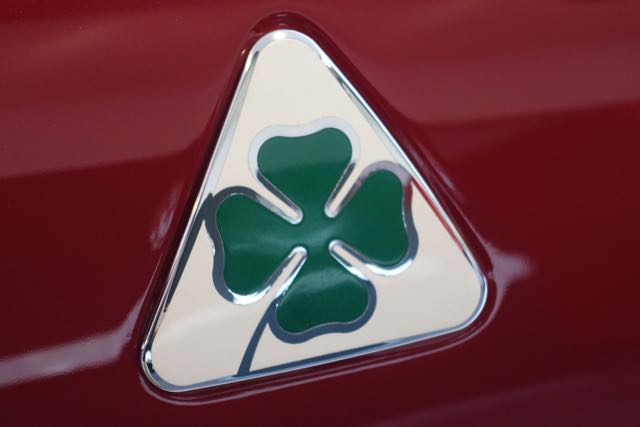 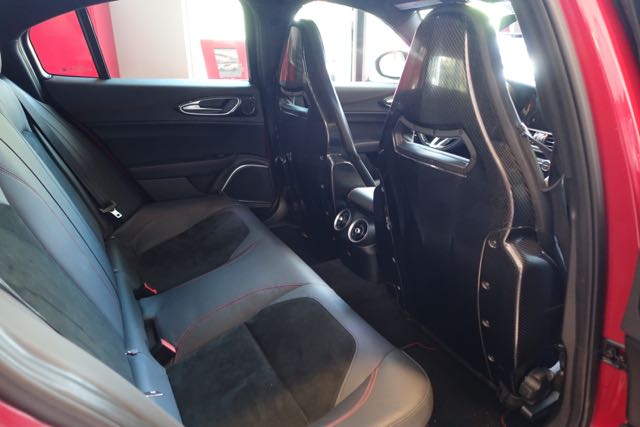 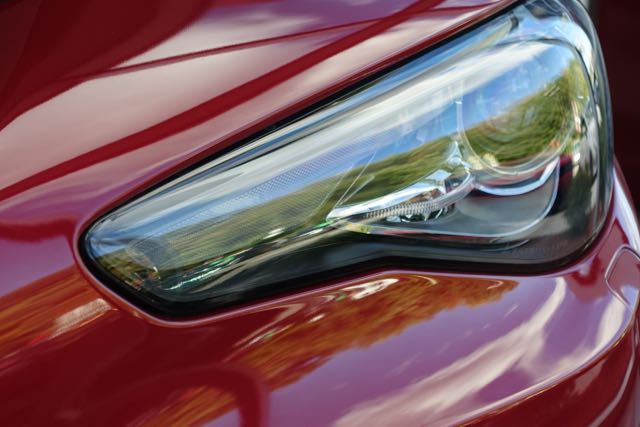