Workbar, the co-working space with locations in Cambridge, downtown Boston and Somerville, opened its newest location in Brighton yesterday, and they invited friends and the media out to take a look. Here's what we saw ...

Their newest location at 1660 Soldiers Field Road is nested inside a Staples store,

in a nondescript parking lot in Brighton.

By partnering with Staples, Workbar all of a sudden has a host of possible locations to grow its co-working spaces into. By choosing Brighton, along with Danvers and Norwood for its initial sites outside the urban core, Workbar now has broader reach out into the suburban market. This is a wise choice. By moving close to the suburbs, Workbar will be able to test if the co-working idea can thrive in lower density locations and away from public transit.


My own belief is that they will succeed beyond their expectations. The pent up demand in the suburbs for this kind of work space will be strong, I believe, because there are many people who are locked into a suburban lifestyle that prevents them from more effectively becoming a part of gig economy. Workbar's proximity will provide them a welcomed relief valve.

It will also be very interesting from an urban planning perspective to see how the presence of Workbar customers begins to impact the surrounding environment. Staples may decide that it now needs to help the create food options nearby, and the auto-focused world will add new amenities such as Hubway and Zipcar. 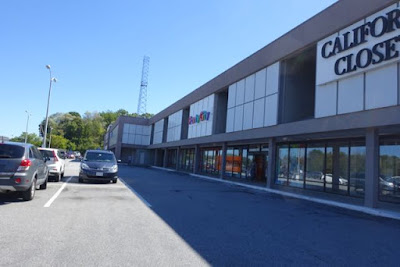 There was a buzz of excitement yesterday as Workbar staff gave tours and people came to interview Workbar founder Bill Jacobson and see the portrait of Staples founder Tom Stemberg on the wall.