Below are six maps of the United States, and they are all telling the same story: We have one land mass and two futures.

Here are the winners in today's American economic story:


These regions have better health, they produce new ideas, they are tackling our energy challenges, and they have that potent double fuel -- higher education levels and the higher incomes that always walk hand in hand.

Now, of course, there are other observations to make about the patterns that emerge on these maps:

As it turns out, all these "winning regions" vote Democratic.   While political division in this country is overplayed by both politicians and the media for its intrinsic narrative value, there is a deeper underlying reality that is more worrisome.  The differing patterns represented by these maps (life expectancy; idea formulation; energy consumption; education; income; voting) are likely to increase over the coming decades, foretelling very different futures for a young lad born in Lincoln, Nebraska and his cousin born in Lincoln, Massachusetts.  The question for us all is: how do we reconcile these two realities within our one country to ensure we have a united, prosperous, equitable, robust American future? 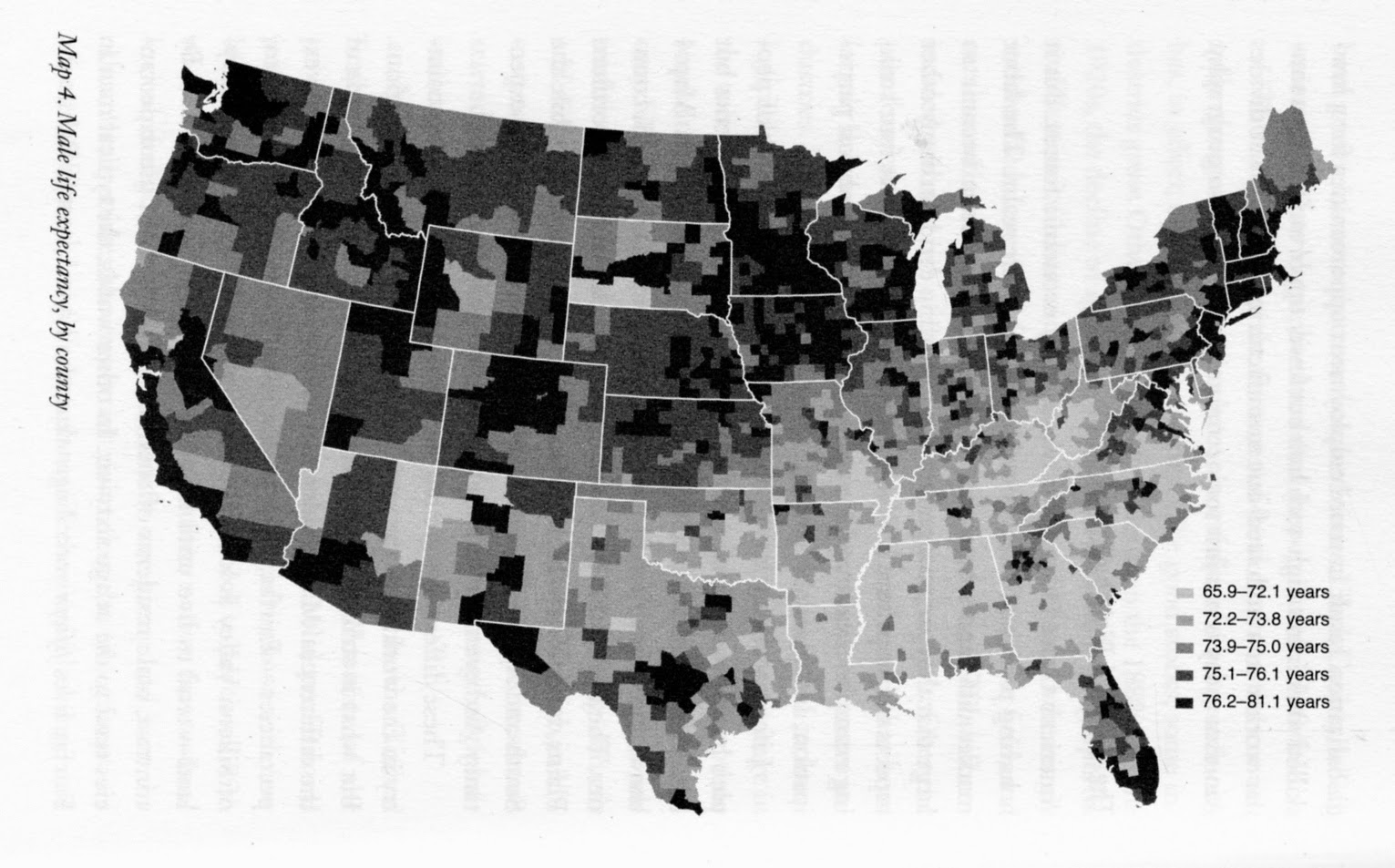 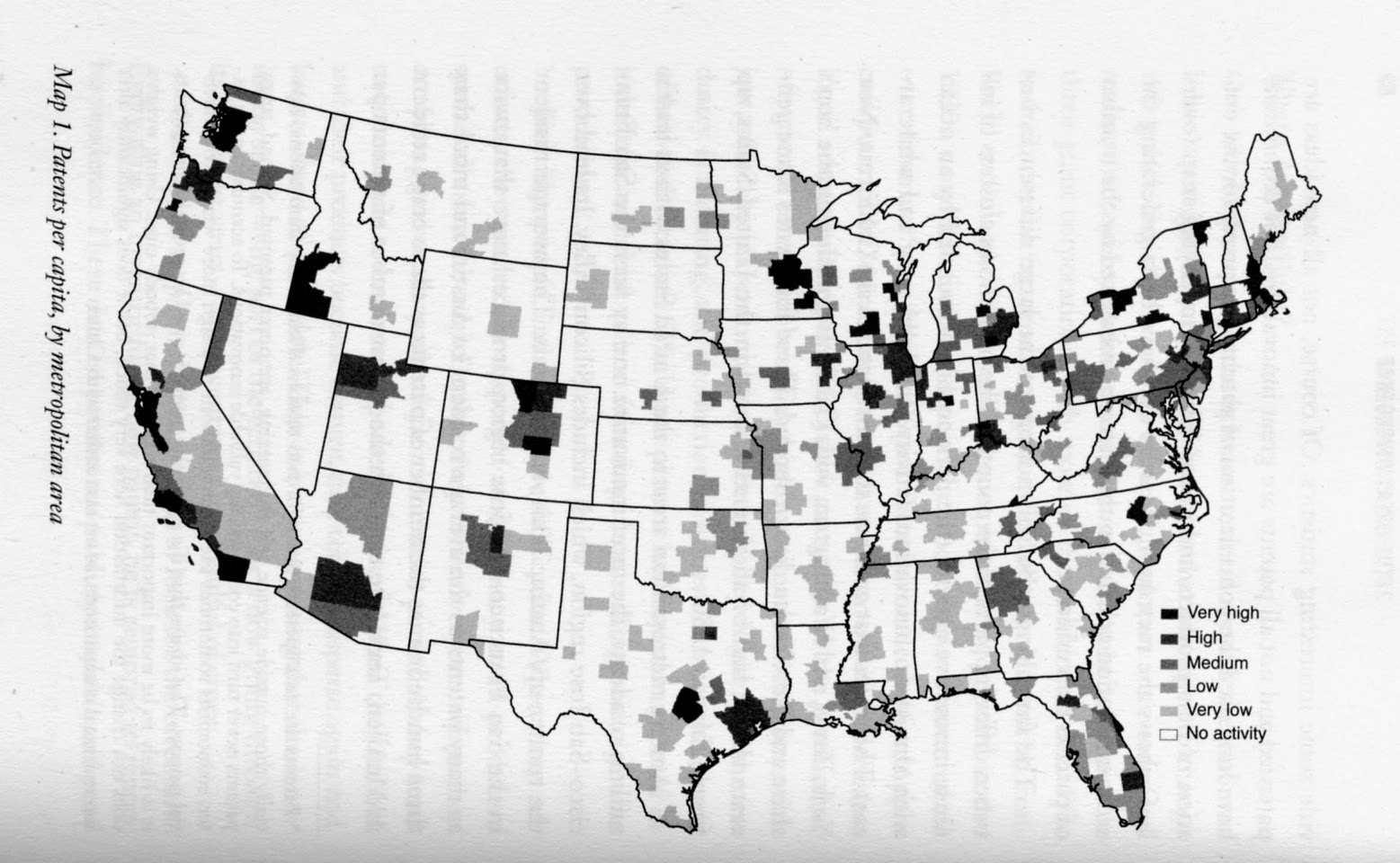 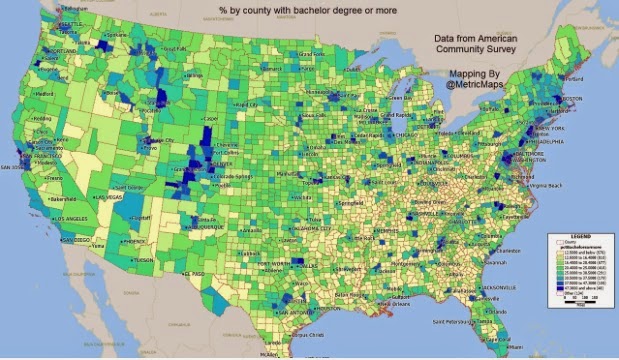 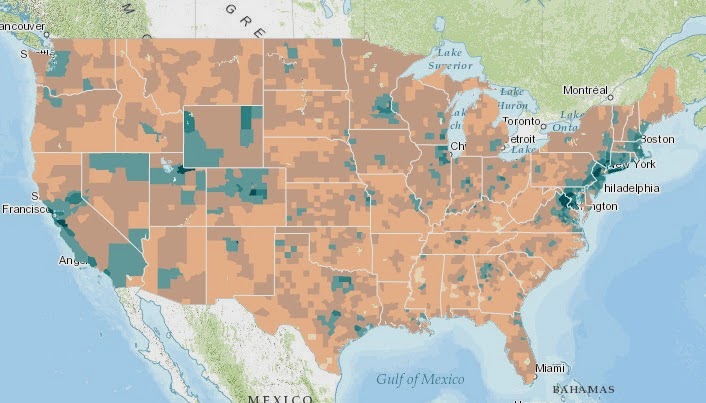 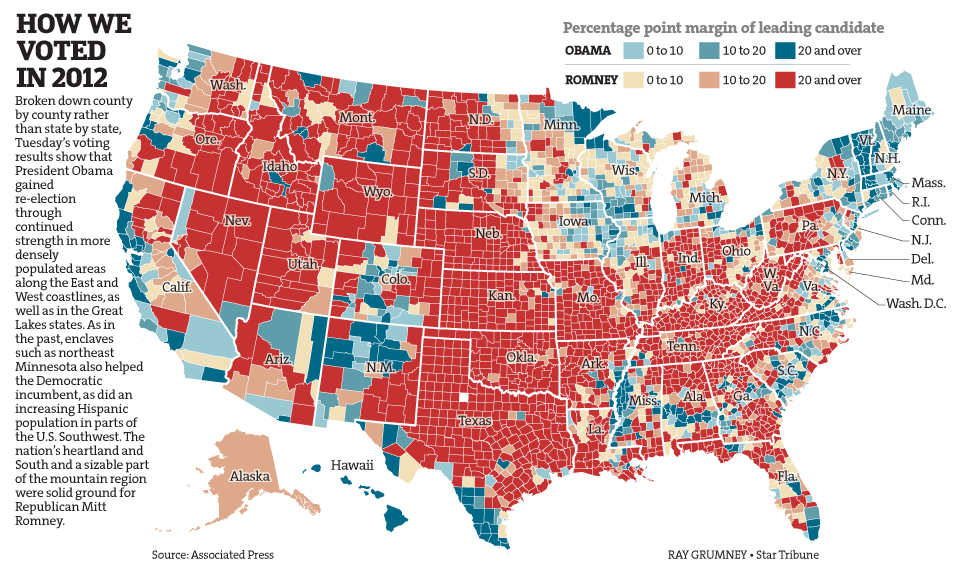