I am loathe to give this blog a song.  But it's been so damn long since I've posted something that I better come up with something.  So here it is, a [temporary] song.

My choice?  "Cities" by the Talking Heads.  Why?  Because, as a child of the 1980s, this was formative music back then. The Talking Heads were at the height of their frenetic creativity during these years. Perhaps it's more accurate to say that David Byrne was at the height of his frenetic creativity during these years, I don't know.  Regardless, it was frenetic, which was part of its genius, it was creative, and it was definitely new. It also had a point. The Talking Heads, along with groups like the Clash, the Sex Pistols, Elvis Costello, were all about declaring the 1960s finally definitively musically and culturally over.

Why "Cities" specifically? We like the mad psychosis of the screeching guitar and the song's relentless driving syncopation, a pretty good audial representation of the beat of a city? We also just like cities. Who knows why? Perhaps it's their sounds and perhaps it's their visuals.  I certainly like the odd geometries that cities engender.

Here's the Talking Heads in 1980 playing "Cities", from a concert in Rome:

And here's an odd geometry from a city (Boston): 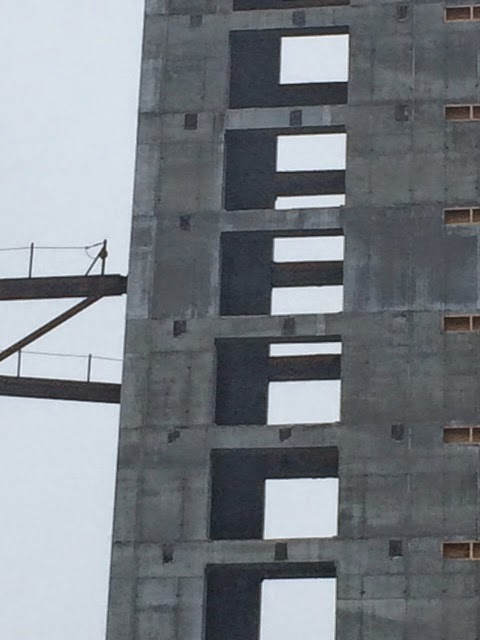 [If you are so inclined, you can find the entire concert on YouTube.]