This morning, it was literally morning in America.


On Lexington Green, redcoats were seen.


Troops ready to die for king and country.  Meanwhile, their captain took the morning air.


The Yankees assembled and considered their next move.
. 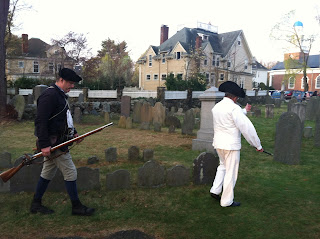 War was upon us, 237 years ago, a bloodletting that made America, and made American lore.  Today it was remembered in Lexington, Massachusetts.

Much time has passed since then.  These battles here are mere replicas of those there.

After laying a wreath at the tomb of a British soldier killed in 1775, they fired a loud salute to war's dead.  A car alarm went off in the parking lot nearby. 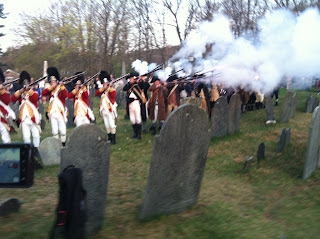