Roz Springer was a force of nature. Her laugh collapsed buildings and walls and her endless inquisitiveness made her a Socratic discussant. She was a Buddhist. She was beautiful and wore her hair up almost always. I can't remember not seeing it that way.

I lost touch with her a few years ago. Hadn't seen her and couldn't find her. I worried what had happened to her. Asking around, I didn't find out much.

Then finally I tracked her down through a friend a few months ago, only to find out she was in the final stages of her life. Thankfully, I got to spend some time with her this week and that meant that we caught up on things. What a gift.

For the whole time I knew her, she lived in public housing here in Cambridge, at Newtowne Court. She was a tenant organizer there. I think I know that. She had a longstanding affiliation with the Margaret Fuller House.

Roz had a great idea for a book. Maybe it was just a book title. I tried from time to time to prompt her to write it. She would have called it The Poor Business and it would have been about all the ways in which the multibillion dollar human service industry -- including public housing and Social Security and all the different apparatuses of the state to help the poor -- are deeply entrenched systems that require poor people to continue to exist so that the system can continue to exist. Her point was that it all is so dehumanizing, to have to beg for housing, or income or healthcare.

Roz was a force of a nature. She was loved. And she is missed. Already. 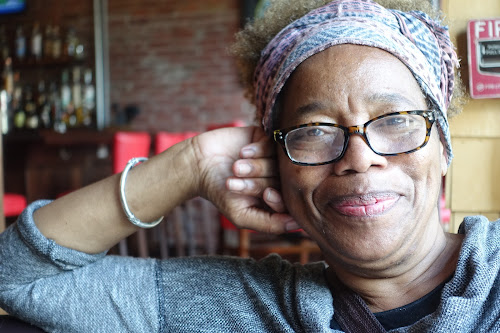