Let's start with a small thing that is also a great thing. I had one of the best breakfasts I've ever eaten.

This happened over the weekend at a place called Brown Sugar Kitchen on Mandela Parkway, where you can get a waffle that is so filled with deliciousness you'll forget there are bad things in the world. Alongside, they'll bring you a piece of fried chicken that'll change your attitude about what's possible on this planet in your lifetime. Biscuits and gravy or grits? Not to worry, they do that too. Or poached eggs on hash? Well, if I do say so myself. Housed in a corner joint that's been fixed up tastefully and located in an industrial part of town, Brown Sugar Kitchen is the best that our hipster urban culture can offer, and it is very good. 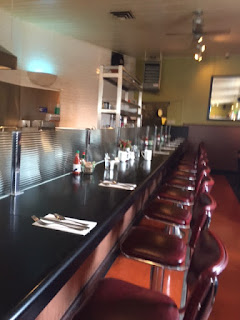 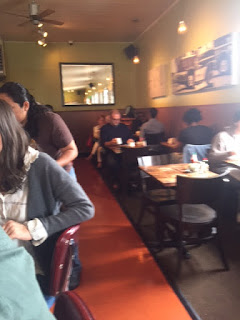 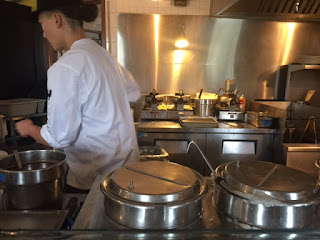 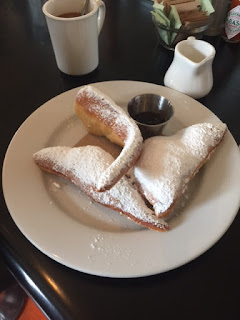 Other things are happening in Oakland too. The next morning, I was woken at 6 am by the thumpa thumpa thumpa off the downwash of a helicopter hovering nearby. My host told me that there have been a series of suspicious fires in the area recently, mostly at new housing construction sites. The belief is that these are arson, destruction of property as a way of protesting the influx of new residents into the city.

A quick scan of the news that morning told of a 6-alarm fire on the border of Oakland and Emeryville at a housing site. While the cause of this fire is unknown at this time, news reports include a description of a fast moving blaze and a series of explosions beforehand. Since this happened over 4th of July weekend, fireworks could be an explanation, but that is only one possible one. State and federal fire officials are on the scene to help determine the cause of the blaze.

If the story of arson as a way of protest is true, either in this instance or more generally, it adds a new twist in the absurd local debates communities like Oakland and Cambridge have over affordability. The violence and destructive force of burning a building down to make your point is so outrageously wrong, it beggars belief. The self-righteousness of it is itself a crime.

This is a big thing, because communities across America are trying to sort through how to create enough housing to meet the demand while also meeting needs across income scales. If arson is part of the Oakland answer, then whoever's instigating that gets an "F" in their gradebook.  An absolute f*ing F.
Newer Post Older Post Home