She was a large woman. She’s spinning around like a turntable and I’m thinking this is genius. Front. Back. Roundandround. I'm so pleasantly surprised. The gold lame dress didn’t hurt either. 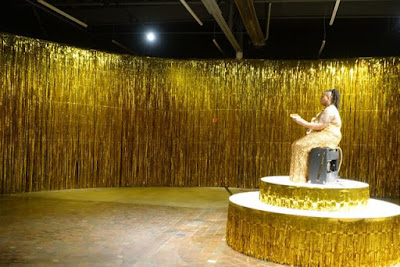 I like the big stuff, the Yankee Stadiums, the Roman Coliseums. They're all in. Floor to ceiling. Eyeballs and toenails. No hesitation. When it comes to art, Detroit has some of it. Here's a Diego Rivera elsewhere in the city. 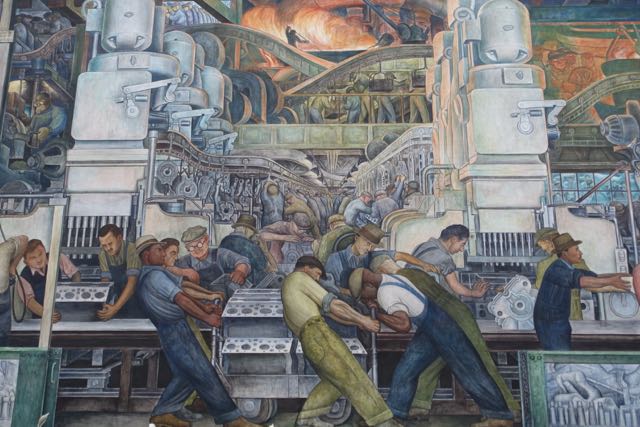 This, however, was intimate. Not small, but intimate. You could walk in and out of the room without even worrying about it. She was at the center of it all.

The guitar she held played a couple of chords over and over again. Now that's gonna cut one of two ways.

But it was good. She was good.

The gold curtain was a part of the show too.

Three thousand years of placing women on pedestals never made so much sense. 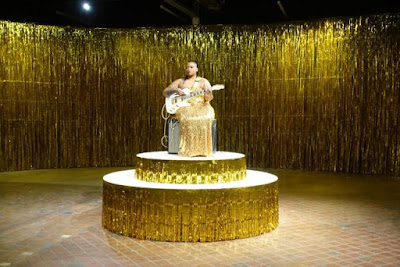 And whoever put her there, he really nailed it.

Ragnar, you did a nice job.

[A review of Woman in E, Ragnar Kjartansson's exhibit at the Museum of Contemporary Art Detroit (MOCAD), now through April 10, 2016]