Stars are shining in New Bedford

I give you this ... Two young women arrive in a 19th century whaling port, just starting out on their way. They find some space in the ground floor of old building. They decide to open up for business.

Now, you tell me what happens next.

No, this isn’t the story of innocence lost and a fall from grace straight from the pen of Jane Austen.

It's the story of 21st century courage and creativity breathing new life into a city that had grown old and run low on energy.

I give you two young women ...

I give you an old building ... 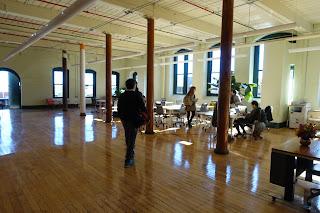 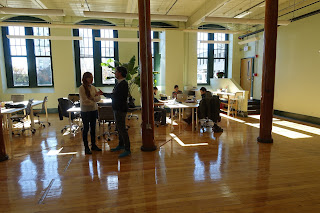 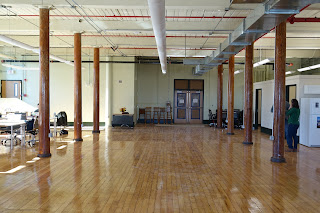 But what is it? It's a co-working space ... a place where people come with their laptops to sit at communal tables and work on their projects or at their jobs. Places like these are upending our antiquated notions of the 9 to 5, and it's also giving new life to American urban centers that had lost their way and their employment base in a globalized world.

Dena Haden and Sarah Athanas, the co-founders of the recently opened Groundwork! New Bedford, decided that a co-working space could work only blocks from the fishing piers that are still loaded with boats, and the early indications are favorable. 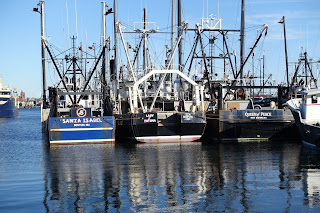 At least, their strong partnership with the city of New Bedford indicates that the city would like to see this transformation happen. It is through this partnership that the ground floor space was created. The city owns the building and they were happy to have this tenant in there, at least, that's my guess. I am told the city covered most of the fit-out, and they obviously spent their money in the right places.


Getting underway was important to both Dena and Sarah so they began with a beta version last year, in smaller room, upstairs next to the New Bedford Economic Development Council. It was at that time that they developed a relationship with Workbar, a partnership to support them while they sort through the nitty gritty of their new business as well as articulate the broader vision.

According to Dena, a strong art scene in New Bedford along with the proximity of UMass Dartmouth creates a strong catalyst for the efforts Groundwork! is undertaking. In other words, it's the seeds of redefining a city better known for hosting the young Herman Melville than for hosting young entrepreneurs. But just as Melville's travels in the 1840s started him on his voyage for his Great White Whale and the great American novel, New Bedford once again hopes to be a home port for 21st century American creativity.

One final thing to say about the space: it is magnificent. Open, airy, light, warm, a perfect reinterpretation of industrial space in a non-industrial age. In that special way that blesses some places, it has a good vibe. If you need a definition of "vibe", let's just say that you'll know it when you feel it, and you feel it there.

As for me, how did I get down there? Well, I joined Workbar Zipcar maven Alexa and her band of merry travelers that included Larry and Shannon and Dave ... 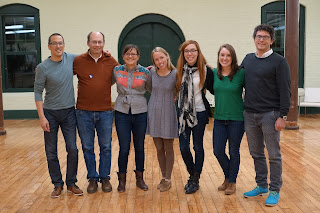 I went to walk around the city, and what follows are some random photos from my wanderings ...


But you can't finish a blog post like this without handing it back to the King of Hyper-Monomania, Captain Ahab himself ...

"What do ye do when ye see a whale, men?"
"Sing out for him!" was the impulsive rejoinder from a score of clubbed voices.
"Good!" cried Ahab, with a wild approval in his tones; observing the hearty animation in which his unexpected question had so magnetically thrown them.
"And what do ye next, men?"
"Lower away, and after him!"
"A what tune is it ye pull to, men?"
"A dead whale or a stove boat!" 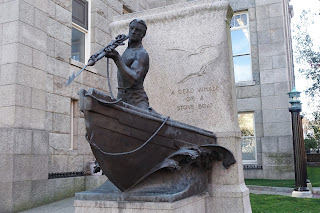