Images of black and white from the 1970s

These two images below, one from the streets of New York, one from television, were taken within a few years of each other in the 1970s and represent quasi-idealized versions of urban poverty and suburban wealth. It strikes me as no mistake that the poor group in these photos is black and the rich group is white. It is more interesting still to see such a stark representation not just of wealth and poverty, race and class, but also of white flight and urban neglect and all the conversations we've been having about our cities since 1971. It is also very interesting to see the dominance of the visual storytelling cues we've been relying on ever since.  It is only recently, largely courtesy of the iPhone and its mobile cousins and their relentless ability to see, record and report the ingrained abusiveness of our system that a Second Civil Rights Revolution has been born in these past few years, attacking not only conservative antipathy but also white liberal sanctimony and hypocrisy. Oh yes, and everything I say about them also applies to me. 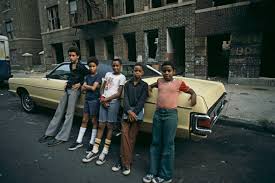 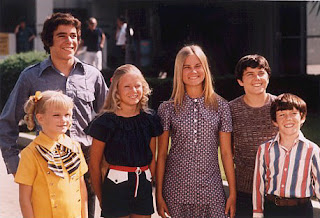