And now for something really uninteresting …

What’s the most boring thing you can imagine?  A day revisiting last year’s tax returns?  A long Sunday afternoon with the in-laws?  How about sitting down and watching a play about gentrification in New York City?  Well, if you chose number three, now you can fulfill that experience because there is just such a play underway in Harlem. 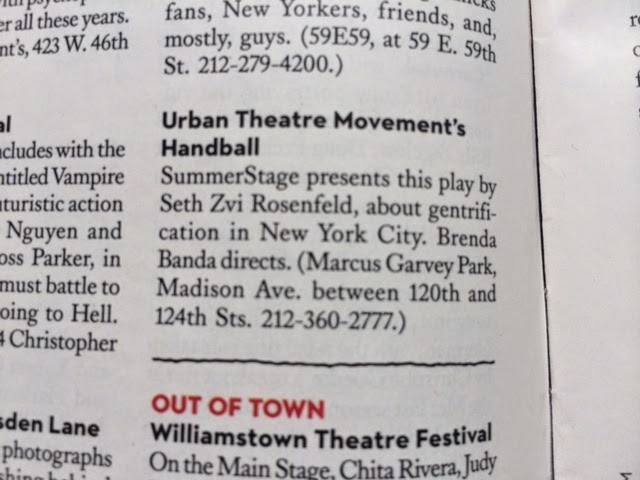 Presumably, the dramaturge includes a climactic scene where our hero grabs his head in both hands and with anguished look on his face stares silently into space before shouting at the audience: “I hate that I am a perfect representation of the trend that I hate!” Or something to that effect.

And if cruel irony weren’t cruel enough, on the facing page of the August 4th New Yorker where this play gets its billing, there is a short piece about Rockaway Beach, which begins in this manner:

In 2011, Rockaway Beach was poised to become the next hipster frontier. MacCarren Park Pool party organizers held “Rock Beach” indie-band concerts, the concession stand Veggie Island served kale juice and miso sandwiches, surfers and artists thronged the peninsula’s white-sand beaches — some even chose to forgo the hour-long A-train commute from Manhattan and moved there.  But in 2012, just as the Rockaways seemed destined for a fair-trade kitting shop and a Cafe Grumpy, Hurricane Sandy brought fifteen-foot waves and ten-foot floods, leaving the place in shambles.

Now Rockaway Beach, undeterred and still scruffy, is poised for a renaissance ... 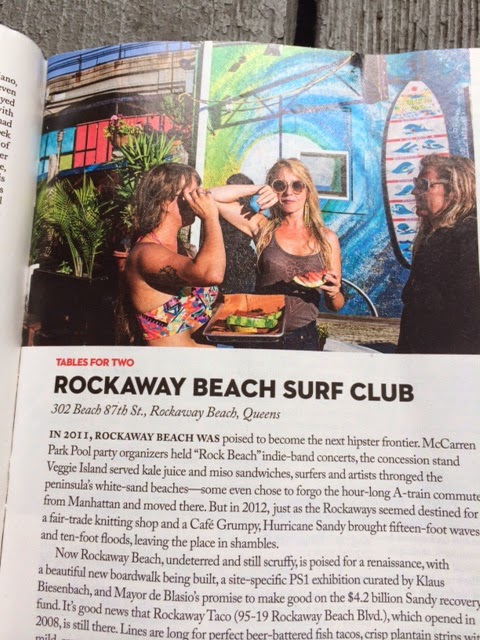 Sometimes the things that are trying to hit you in the face actually succeed.