The world economy will not collapse by switching from fossil fuels to renewables, according to the most recent report of the International Panel on Climate Change, released last week.

The 2014 document is the third in a series by the IPCC.  The earlier reports established that climate change is man-made and poses a serious threat to humans.   This year's findings state that the net impact of a massive shift away from carbon-based energy would be negligible, but only if taken in the context of a complete "energy revolution" that ends our dependence on oil, gas and coal.

The report is the work of an international group of 1,250 experts, including American Robert Stavins, an environmental economist at Harvard's Kennedy School of Government.

A Google search to find out more about him points to his website, which to put it mildly, hasn't seen any graphical razzle-dazzle since the early days of the internet.  Think mid-1990s.  For a  man so focused on the future of the planet, he's not evincing it in his life on the World Wide Web.  If it weren't all digital, it should be in a museum.  It's quaint and rather appealing for being so, but it also raises the question -- what happens to the now millions of web interfaces that existed at an earlier time on the internet?  Are they lost to us forever?  That would be a shame.  They have an historical importance not just for their content, but also for their appearance.  The web, like the automobile, changed human beings forever.  It would be unfortunate not to save some early examples of this world-altering phenomenon in its infancy. 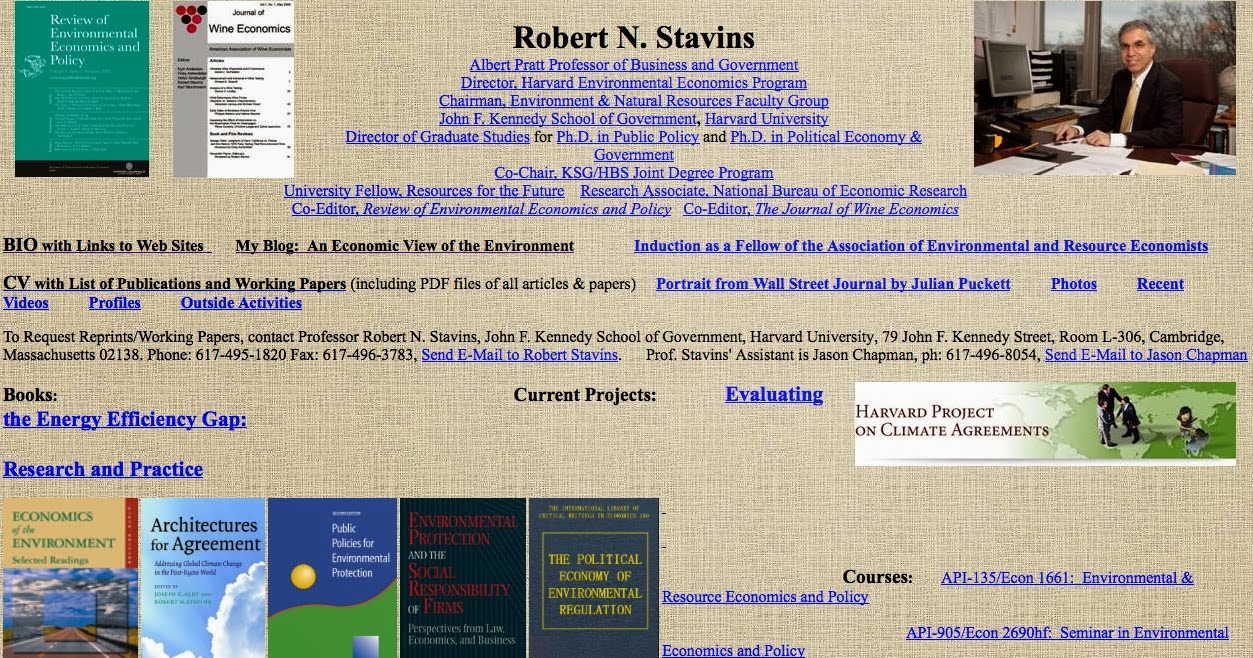