The King is Dead. Long Live the King.

The other day, I had to move my grandfather clock. The clock had belonged to my grandmother, and I believe to her father before that. It's a duly grand thing, handsome, august, a very metaphor of time itself -- time that passes and time that is past.

The head had to be removed to make the move. 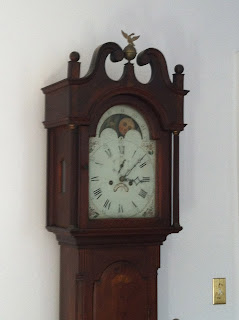 It was put into a box. 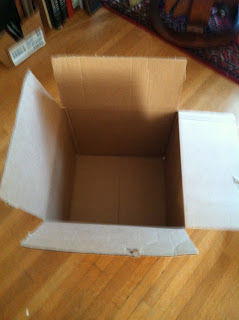 I couldn't help but think that my grandmother's clock had been beheaded, like a king. I started to repeat the odd phrase, the title of this post, "The King is Dead. Long Live the King."  For when you behead a king those who believe in the kingdom must reassert the authority of the monarchy immediately.

Other blog posts will tell you that while traveling in France earlier this year, I became obsessed with Louis XVI and his precipitous demise.  The French people had had enough, though I think Louis' head fell into a basket, not a box.

England has had its headless, kingless moments too, and given this clock, Charles I of England came to my mind.  He lost his head to a London crowd some 140 years earlier marking the start of the English Civil War.

Unceremoniously had his head put into a box. My clock. What does it mean to kill a king? Who defends this headless body? What kind of revolution is that?
Newer Post Older Post Home