A brief, unscientific survey of Wikipedia led me to this astounding chart ... 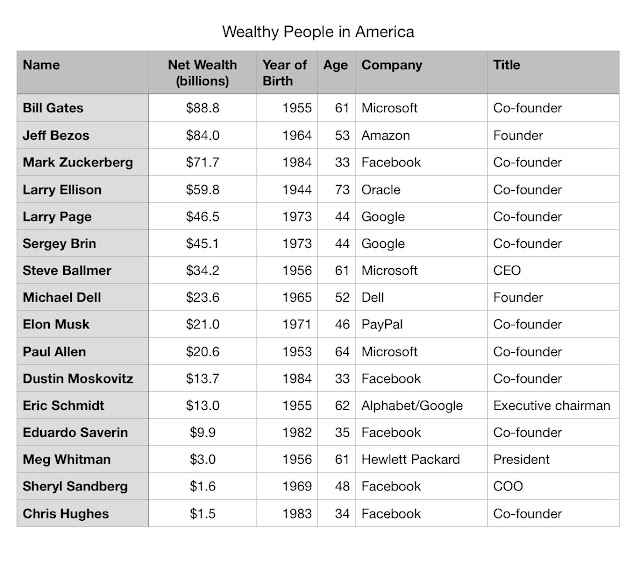 Perhaps worst of all, this list is horribly incomplete and only looks at those who made extreme amounts of money in tech. It does not include finance, business, real estate, etc. It also does not include millionaires. It only considers billionaires. How we are ever to unwind the strings of division that hobble us in these most unsettling times is hard to imagine, but the facts are not a bad place to start.