It's Friday, so it's Grab Bag time.

First, let me make a prediction.

It should come as no shock that I do not like the man who will become our president later today. Nor should it surprise that I fear what he will do once he's in office. But I take some comfort in these beliefs ... he will prove unable to master the complex task of lawmaking and will turn out to be only a moderately competent administrator. He will unsettle his enemies and terrify his friends to such an extreme degree that members of his own party will first try to reign him in, then will walk away from him entirely.

In our tripartite form of government, executive-legislative-judicial, this will produce an unexpected result: the legislative branch will assert itself in ways not seen in years, and some bi-partisan comity will emerge on the toughest issues of the day. This working-together will not be the result of good-will between electeds but the result of raw necessity. Dealing with the 20 million insured under Obamacare, or shoring up the NATO alliance will require some congressional heft. Meanwhile, the foolish child-king will sit at the other end of Pennsylvania Avenue playing with his toys.

In short, Donald Trump will be a failed president. He will be one of the worst in the history of this nation.

That deals with our president-to-be. Next, since it is a grab bag day, I want to spend a minute talking about another New York politician, Robert F. Wagner Jr.

Robert Wagner was mayor of New York from 1954 to 1965. The son of a U.S. senator, Wagner started his mayoral career with a strained but working relationship to the Tammany Hall power bosses. Eleanor Roosevelt's support put him at odds with Tammany chief Carmine DeSapio. By his final run, Wagner broke with DeSapio entirely and in so doing brought about an end to the Tammany grip on City Hall.

Robert Wagner also supported the creation of housing in New York City. This he did with gusto. In his twelve years in office, he oversaw the creation of 423,000 units of housing. Considering that New York currently has 3.4 million units, that increase 60 years ago is astounding. It speaks to the boldness of post-war planning, and the power of the mayor's office at the time. Housing advocates can remember these days fondly if wistfully.

Watching 2 minutes of Trump's inaugural speech online, I can't help but notice that the crowd appears to be exclusively white, seemingly angry, and some of them look downright shady. It makes me think that yesterday's NPR shows discussed A. Trump's cloudy ties to Russia, B. Trump's mountain of conflicts of interest. This was BEFORE he was sworn in. Trump today says "Now is the hour of action!" or words to that effect. Classic strongman rhetoric. This country's in for a wild ride. 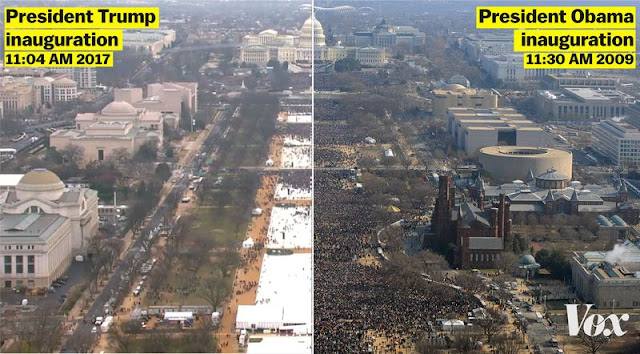