These are two houses, and two very short stories.

This small house is in Somerville, on Beacon Street. 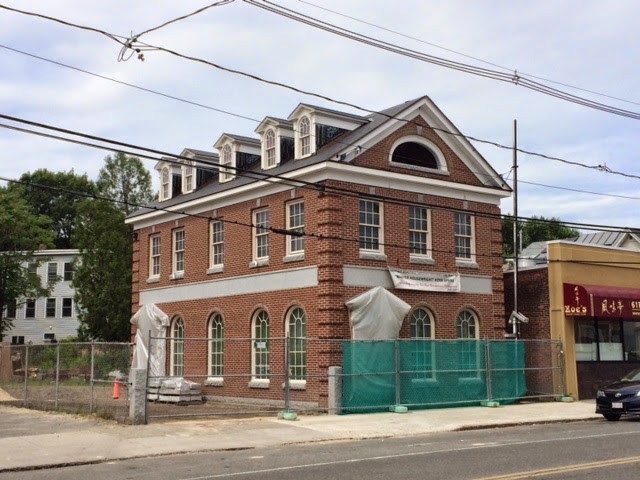 It’s brick and put together with a lot of care.  So much so that even the untrained eye can see the quality. It harkens back to very good examples of local brick work of prior centuries.

It’s also not completed and has been under construction for a very long time.  So long in fact that one can't help but ask why.  A neighbor ventured this theory:

The house is the builder's last effort.  When he finishes it, he will retire. He can't bear this fact, and it prevents him from ever being able to complete it.  Whatever awaits him on the other side of a completed house, he does not want to meet.

The Greeks had stories about people like him.  Sisyphus' task would never end.  This man has a task that he won’t ever let end.  Funny that.

In Southbridge, Massachusetts on land adjacent to a golf course sits a different house, a vacant house of quite some significance in New England architectural history.  It looks like this. 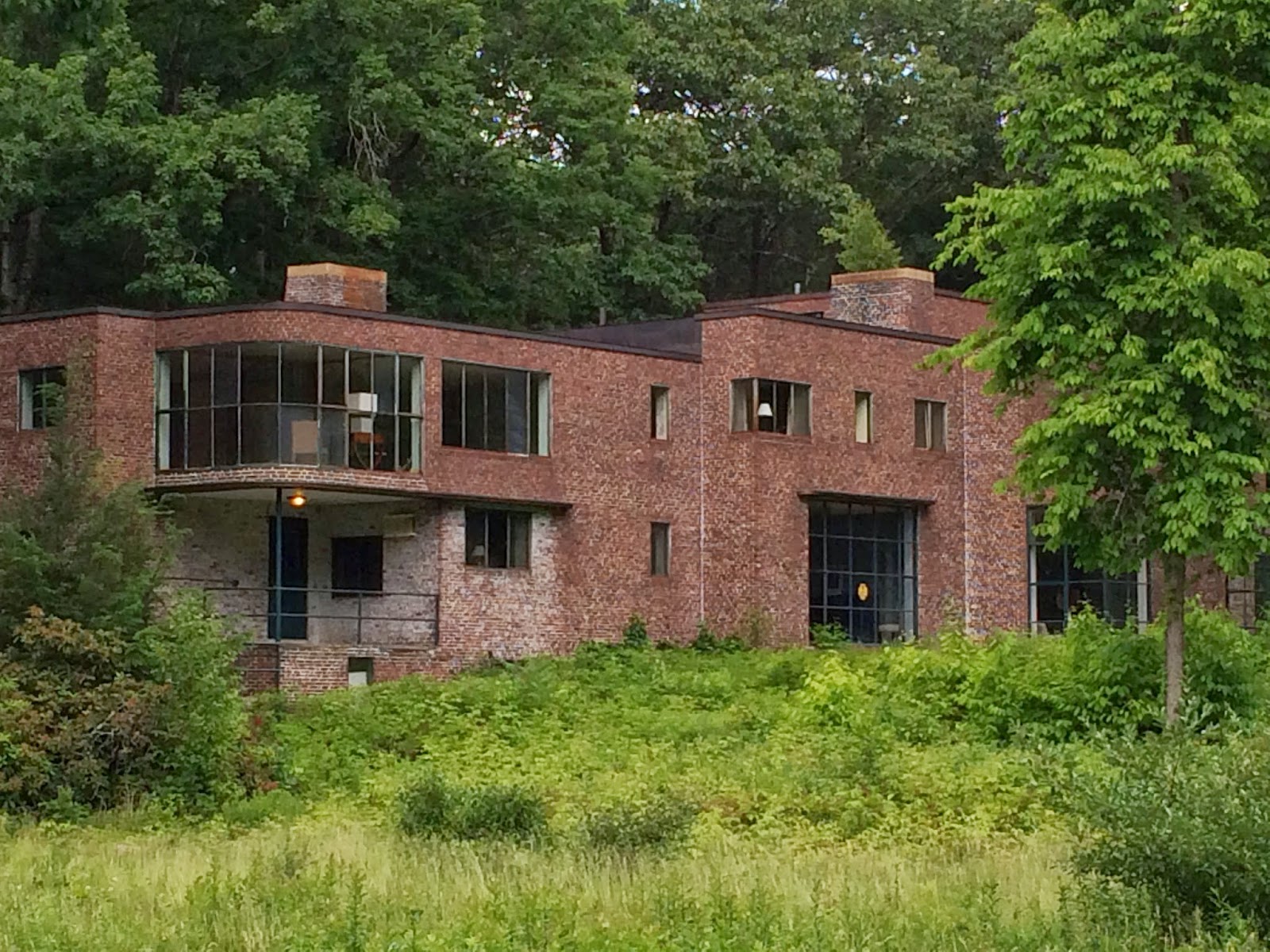 It is known as the Wells House, named for its first owner George Wells, the president of American Optical, at one time the largest manufacturer of steel eyeglasses in the United States.

It was completed in 1933, designed by Paul Wood, a young architect at Coolidge, Shepley, Bulfinch and Abbott.  It is one of the very first examples of modernism in New England, predating by five years Walter Gropius' much more famous house in Lincoln. 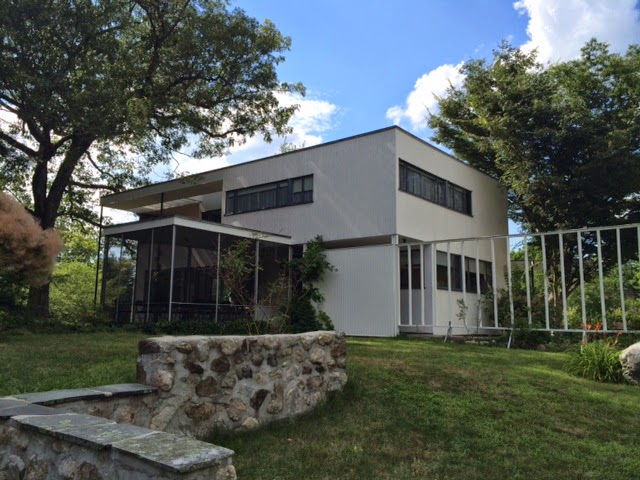 However, unlike the Gropius House, the Wells House is not protected by any Society of the Well-Meaning to care for its needs. It stands subject to the wear of time and the tear of the elements as its fate is bartered in the impersonal and uncaring hands of the market. This is part blessing. The house is no fossil to architecture nor has it been vacuum-sealed by the shrink-wrappers of history, the preservationists. Yet, it is also part threat. Before the roof falls in at Wells, it needs a new owner.