Dogs and cats (and dinosaurs), Oh My!

There are matters of great consequence to discuss.  We are creatures of mind and body and spirit.  Literature awaits our thinking selves.  As do politics.  So similarly, science and religion. History, yes! Languages, ancient and modern, they too can join!

So was I ungenerous yesterday to turn a haughty nose up in the Harvard Coop?  Yes, it's a place where generations have trod ... to get their readings, begin their learnings, march down the path of academia, knowledge, thinking.

I felt first a blip of surprise that comes when an odd notion passes before your mind.  Then with further reflection (and hardening confirmation) came a light grip of disdain coupled with fleeting queasy nausea.

Why, I asked myself, were there so many damn books about dogs and cats on the display tables of the Harvard Coop?  I mean, where the hell have we come to?

The questions flowed like water: Is this a fad? Is it like a virus that has swept through the book publishing world?  Is Cambridge, MA one of those target audiences, too smart to read Proust, but not too overburdened to read about Fluffy?  I mean really!

It's an odd coalition when a book publisher sees a market, a bookstore sees a customer, a book reader sees a non-threatening topic in which to while away some time, and book writers -- all serious and committed -- pump this stuff out.  It is where economics meets Zeitgeist, and it all aligns to produce this.

Herewith is my evidence.  You be the judge! 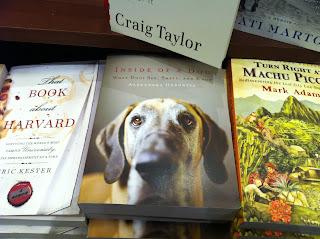 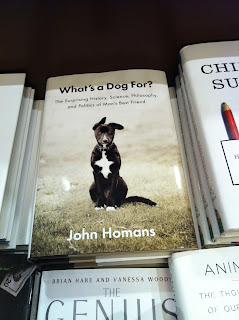 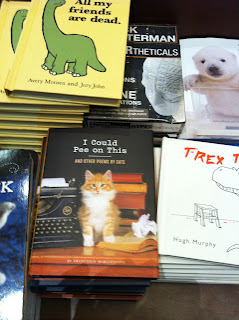 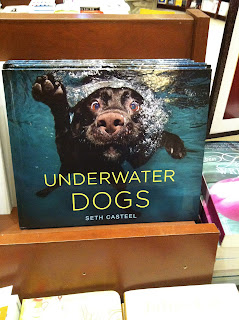 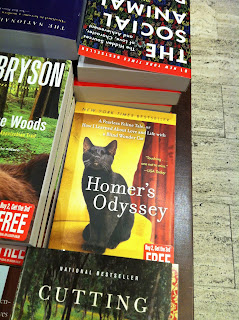