A Trip to Salem, MA

Last Wednesday, I traveled to Salem, MA.  The Metropolitan Area Planning Council was having its annual meeting there in a fine hotel, the Hawthorne. 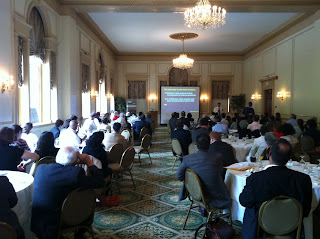 Salem is where the witches were and where the House of Seven Gables is.  It is birthplace of Nathaniel Hawthorne.

Salem is also the ancestral seat to a time forgotten in American history, the time when sailing ships carried American goods across the seas in trade to China, India and the West Indies, and brought back riches heretofore unknown in their holds.  Around 1800, Salem was sixth largest city in the United States. Its port was world famous.

The era of the great ships and the mad captains was also a time of great innovation and risk-taking in American commercial life. Huge profits could be realized through crazy schemes, and many an innovator set his hand at trying.

It was not modern America by any means.  Long before the Civil War and the railroads united this country, regional strengths were the all.

Salem sat as the head of Essex County, a place in Massachusetts that got rich on all of this barter.  The houses along the main streets of the old town show it. 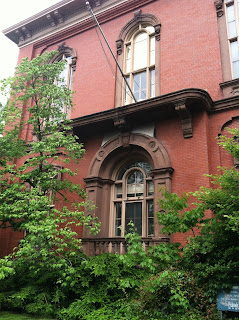 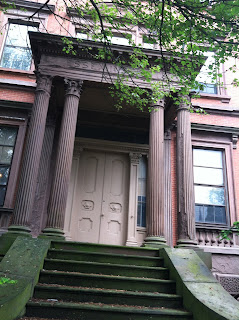 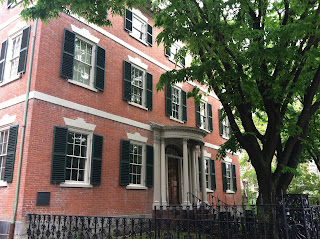 This gem of a building preserved for us a time when the ship was the internet of its day, connecting places far and wide through trade, communication and commerce.  All eras of commerce leave their mark in stone somehow, some way.  This era was no different. 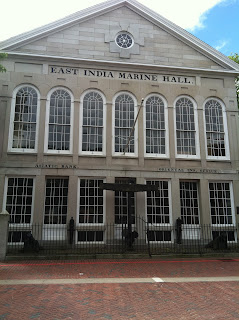